The plaque includes a representation of the lunar module that touched down on the moon on July 20, 1969. 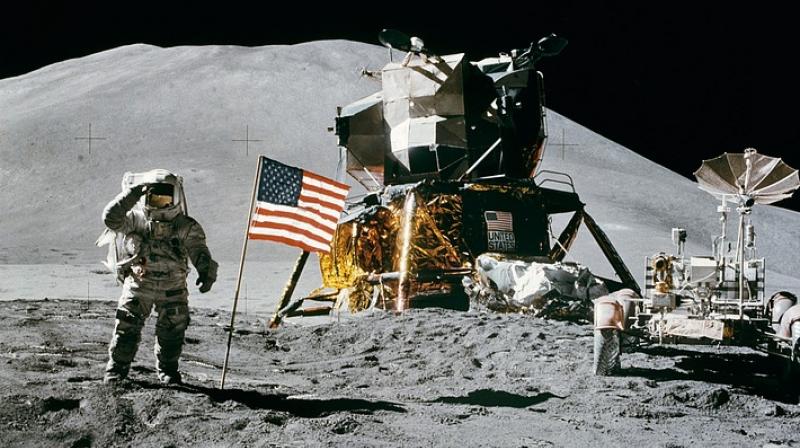 The other two astronauts who took part in the mission, Edwin "Buzz" Aldrin and Michael Collins, also each received one of these plaques. (Representational Image/ Pixabay)

New York: A commemorative plaque brought to the moon on the Apollo 11 mission went under the hammer for USD 468,500 in Texas, as part of a huge collection that once belonged to late astronaut Neil Armstrong, auctioneers said.

The plaque includes a representation of the lunar module that touched down on the moon on July 20, 1969.

Once back on Earth, it was mounted on a wooden base before being offered to Armstrong, the first man to set foot on the Moon.

The other two astronauts who took part in the mission, Edwin "Buzz" Aldrin and Michael Collins, also each received one of these plaques.

Armstrong's two sons, Rick and Mark, decided to part with some of the very large collection of their father, who died in 2012.

Just part of the collection was offered at the sale held Thursday through Saturday in Dallas as well as online.

Another two sales are planned in May and November 2019 by Heritage Auction, which organized the first.

The souvenir plaque did better than the lot that was expected as the highlight of the sale, an American flag taken during the trip to the moon, but never deployed on site.

That's more than triple Heritage's estimate of $75,000. Among Armstrong's collection were two batches of fragments of the Wright brothers' plane, whose first flight, in December 1903, is considered modern aviation's maiden voyage.

These pieces were taken by Armstrong on the Apollo 11 mission and thus have a double historical value. They each sold for USD 275,000, or nine times the original estimate. In all, the first part of the Armstrong collection sell-off has earned USD 5.2 billion, Heritage Auctions said in a statement.