Sex cases put spotlight on sex addiction, but is it real?

A tide of high-profile sexual misconduct accusations against celebrities, politicians and media members has raised these questions. 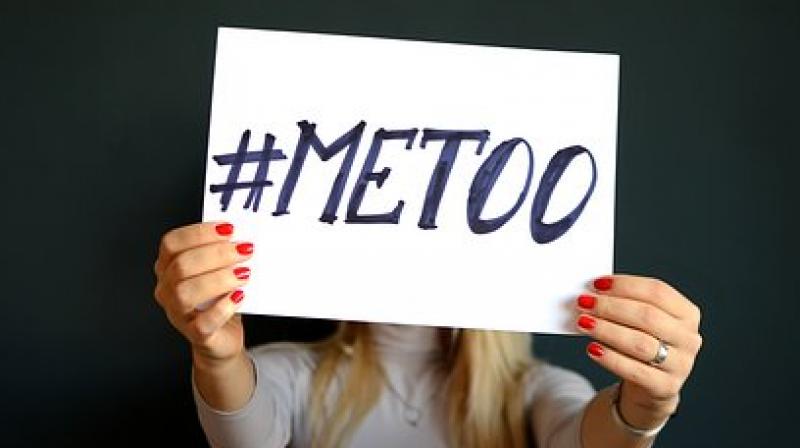 When sex addiction contributes to criminal behavior, rehab could bolster a defense attorney’s argument that the accused has changed. (Photo: Pixabay)

Is sex addiction a true addiction, a crime, or a made-up condition used by misbehaving VIPs to deflect blame or repair tarnished images?

A tide of high-profile sexual misconduct accusations against celebrities, politicians and media members has raised these questions — and sowed confusion. Sex addiction is not an officially recognized psychiatric diagnosis, though even those who doubt it’s a true addiction acknowledge that compulsive sexual behavior can upend lives.

Either way, there is an important distinction, sometimes blurred, between a mental condition and a crime. Some men who have been accused of assault or other sexual crimes have sought treatment for sex addiction or other unspecified conditions. But compulsive behavior is very different from a crime, and the vast majority of people who suffer from sexually compulsive behavior do not harass or assault others.

Despite pressure from some therapists, sex addiction was not included in the most recent edition of the manual that psychiatrists use to diagnose mental illness. “The reason is very simple,” said Dr. Charles O’Brien, a University of Pennsylvania psychiatry professor involved in the manual’s 2013 update. There is no rigorous scientific proof that compulsive sexual behavior affects the brain in the same ways that have been shown with addiction to drugs or alcohol, he said.

“There’s an overuse of the word ’addiction,’” O’Brien said. “There are many treatment programs. That doesn’t make it a disorder.”

Still, some skeptics don’t dispute that compulsive sexual behavior can become a serious problem. The issue for some is whether it amounts to mental illness, or whether it might result from a different psychiatric condition, such as obsessive-compulsive disorder.

The International Institute for Trauma and Addiction Professionals says sex addiction affects from 2 percent to 5 percent of the general population but that only 10 percent of those with this addiction engage in criminal sexual behavior. Most patients and sex offenders are men.

Some treatment programs won’t admit patients accused of rape and other violent sex crimes, referring them to centers or therapists who specialize in treating sex offenders.

Addiction treatment at Pine Grove, The Meadows in Arizona and other high-profile residential rehab centers can cost tens of thousands of dollars. Despite country club-like settings, there’s nothing cushy or indulgent about sex addiction therapy, Weiss said.

Pine Grove requires daylong sessions including group therapy daily for up to three months. Some centers use 12-step programs similar to Alcoholics Anonymous, but they don’t require swearing off sex for good. Some use brain “retraining” exercises, or sharing stories about bad behavior with a roomful of strangers.

The New York Post published a photograph last year that it said showed former New York Congressman Anthony Weiner riding a horse as part of treatment at a Tennessee sex addiction rehab center. Weiner was sentenced in September for sexting with a teenager. He said at the time that he was undergoing therapy and had been “a very sick man for a very long time.”

Weiss and other therapists say sex addicts are never cured, but they can learn to manage their behavior and avoid triggers, including avoiding jobs and circumstances that could lead to a repeat of problem behavior.

He says a 12-step program helped him resist his compulsions and he now works as a recovery coach for other patients.

But hard evidence that treatment works is lacking. “There’s not a lot of data,” Bennett acknowledged.

“We have a lot of anecdotal evidence. We can see the change in people,” she said. She said Pine Grove plans a long-term study to measure the benefits.

Whether treatment can repair tarnished images is uncertain.

“The accusations levied against Harvey Weinstein, Kevin Spacey, Louis C.K. and others for sexual assault, harassment and abuse have created righteous outrage and concerns that ‘sex addiction treatment’ is being used to excuse their offensive behavior,” the addiction professionals institute said in a recent statement.

Whether any of these men have a diagnosed mental condition has not been publicized.

Bennett said some people do use sex addiction as an excuse, “but that’s not who we’re treating here at Pine Grove. These peoples’ lives are in shambles. They’ve been traumatized throughout their lives. They have huge psychological wounds and are using very maladaptive ways of coping.”

Actor David Duchovny voluntarily sought rehab for sex addiction in 2008 while starring on Showtime’s “Californication.” Married to actress Tea Leoni at the time, he had been dogged by cheating rumors. His career never stalled. He returned to “Californication” for the remainder of its run and has continued to appear in high-profile roles.

When sex addiction may have contributed to criminal behavior, a trip to rehab could bolster a defense attorney’s argument that the accused person has changed, said Samuel Pillsbury, a professor at Loyola School of Law in Los Angeles. But it’s a less effective strategy for violent crimes, he said.

“It’s very difficult for me to imagine a prosecutor deciding, ‘Oh, he’s in rehab, I’ll drop the charges or I’ll reduce the charges significantly,’” Pillsbury said. “But it could have an effect on sentencing.”