Art that touched the heart

Pranav had shared his dream of meeting Superstar Rajinikanth then, which has been realized now. 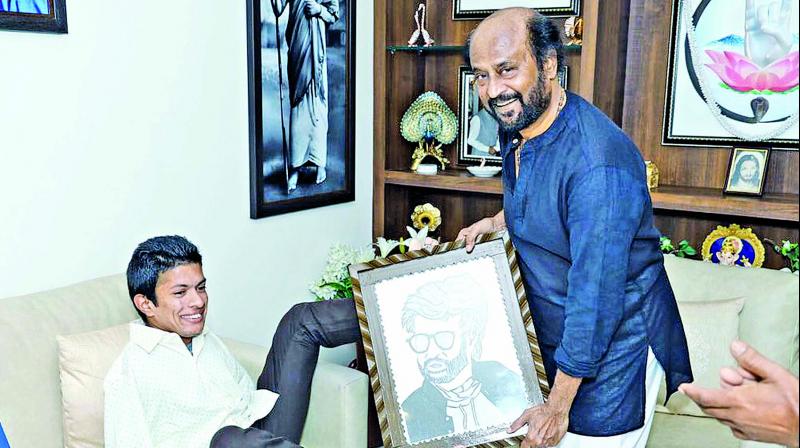 Pranav Balasubrahmanyan presents his portrait to the superstar.

Rajini won the hearts of people with his gesture of holding the differently abled Pranav’s foot and shaking it (like he would offer a shake hand) to show his love and appreciation. The youngster, an avid fan of Rajini with no hands hails from Kerala and visited the star after Chief Minister Pinarayai Vijayan informed the Superstar.

Last month, Pranav Balasubrahmanyan hit headlines when he visited Pinarayai Vijayan and contributed generously to the Chief Minister’s Grievance Redressal & Distress Relief Fund. The CM also held Pranav’s foot and shook it to show his gratefulness.  He also posted the pictures with him on his official social media handle. Pranav had shared his dream of meeting Superstar Rajinikanth then, which has been realized now.

Reportedly, Rajini’s office had booked tickets for Pranav and his family and invited them to his Poes Garden Residence. Pranav presented a portrait of Rajini that he had painted and the Darbar star was moved with his act. Not to forget, the 21- year -old took selfie with Superstar with his legs.