Smallest of amphibious mammals, the water shrew, has currently 13 known species in the world. 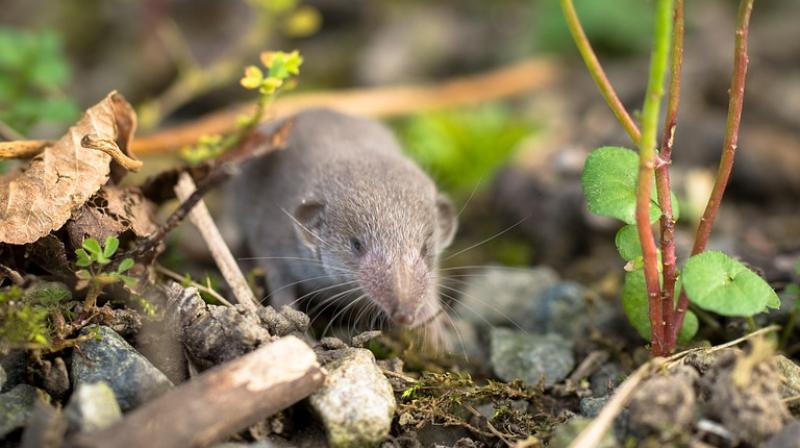 The present study is the first distribution record of this species in the western Himalayan region. (Representational Image/ Pixabay)

Dharamshala: A team of researchers in Uttarakhand has found elegant water shrew (Nectogale elegans) for the first time in the western Himalayan region here.

The researchers from the Wildlife Institute of India (WII), Dehradun, said its presence was recorded earlier in India from north Sikkim and Arunachal Pradesh, but for the first time its presence was registered in the western Himalayas.

The smallest of amphibious mammals, the water shrew, has currently 13 known species in the world. Rarely caught in the fishing nets, whenever reported, these elusive shrews are even tougher to be captured on cameras or visually encountered due to their tendency to hide underwater or river bank vegetation and debris while foraging.

The present study is the first distribution record of this species in the western Himalayan region. Earlier, the species in India has been reported only from Sikkim and Arunachal Pradesh (with no individual records elsewhere in the country), the team said.

It further said that during their investigations on the streams for fish and other aquatic fauna, the elegant water shrews were sighted at three different locations in the Uttarakhand for three consecutive years.

The first observation was made in September 2014, at Jari Stream near Jarajibli Village of Askot, at an altitude of 1,627m .

Another was spotted in November 2015 at Jamak Stream, near Maneri Village in Uttarkashi, at an altitude of 1,345m.

The species has been less studied, and more in-depth studies are required to be done to understand its role in the ecosystem, the team said.

Due to less information, the International Union for Conservation of Nature (IUCN) has listed it under the least concerned species, they said.