The Women in Design 2020 + conference aims to celebrate the diversity and richness of women-driven practices. 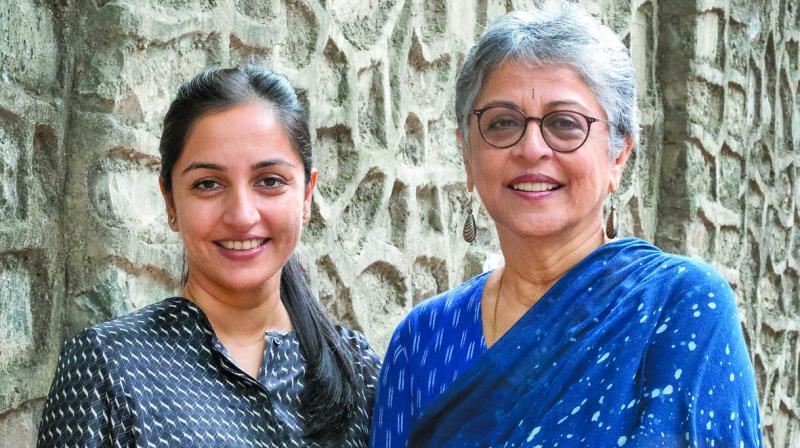 The spirit to never give up is what keeps Professor Brinda Somaya going even at the age of 70. With a vision in mind, 20 years ago she set out on a mission to celebrate women in the field of design by bringing together women from across India and South Asia. An endeavour which eventually led to the formation of the Women in Design 2020+ (WID2020+) conference.

“In 1990, a decade after I began my practice, I felt the need to connect with fellow woman professionals with a desire to understand their work, and more importantly their struggles and challenges in the discipline. In the days without the Internet and email, there were very few opportunities for women professionals to network. I was also curious to know the state of the profession for women architects,” shares the architect and urban conservationist. But much to Somaya’s disappointment, she received no response from fellow women architects.

With a sedulous spirit, Somaya opened the forum again 10 years later to women working in collaboration or partnership and have a significant body of work in terms of design and execution.

“I had worked during the 1990s in some isolation and again, I was not fully aware of the state of practice. But this time, I was overwhelmed with the response — just a decade later — from women with diverse practices and with exhaustive and varied portfolios,” says a surprised Somaya.

Curated by the HECAR Foundation alongside Somaya and Kalappa Consultants, the 2020+ conference will not only celebrate the diversity and richness of women-driven practices, but will chronicle the broader cultural preoccupations that encompass authoring, pedagogy, conservation and restoration, politics, design, urbanism, and activism. The three-day conference will feature more than 35 women speakers and panellists sharing their stories, thoughts, and ideas. Right from discussions on the changing patterns of design to showcasing their work, the conference has it all.

“I believe that an isolated practice is no longer possible in the world that is built on collaborative endeavours. I believe that this conference will not just be a celebration of successful ventures and ideas, but it will become a milestone, a landmark gathering of individuals who hold in their work, a promise of a better world,” ascertains the architect.

For Nandini Somaya Sampat, a trustee of The HECAR Foundation, WID2020+ hopes to showcase the groundbreaking volume of work done by women architects and designers from India and around the world. The essence of the conference, Sampat emphasises, lies in celebrating the projects built and influenced by women.

“This will lead to ensuring that women can play a leading role in the architecture and design of the future. We wish to attain a sustained narrative that inspires a younger generation of architects and designers to pursue their passion and to know they have the support of an Indian and global community,” she explains.

Looking abck, elated by the changed status of women in the field of design in the last 20 years, Somaya shares, “Women have contributed significantly to pedagogy and discourse in the past two decades. Many have ventured and established successful and independent practices in India. Some women architects, who were at the very nascent stages of their practice, have transformed their offices into creative powerhouses in the past two decades.”

— From 8-10 January, At Nehru Centre Auditorium