Depressive and eating disorders have decreased life expectancy and are affecting females more than men. 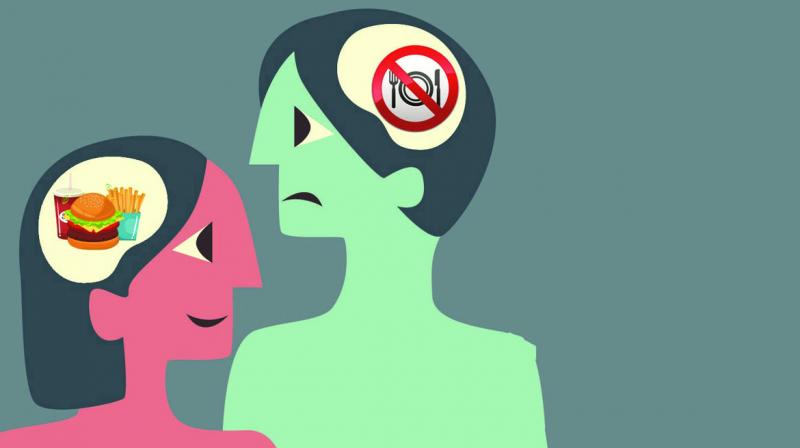 With mental health issues becoming more and more prevalent, society, in turn, is growing more and more accepting of the impacts of mental health on one’s overall well-being. A new study by The Lancet Psychiatry reveals that one in seven people in the country suffers from some or the other kind of mental illness, and also states that the number has increased since the 90s.

While Dr Sharita Shah, Women and Child psychiatrist, Bombay Hospital feels that lifestyle-related stress is a factor in these increased numbers, the number could be misleading considering the increased awareness about mental health among people. “I think people who were experiencing mental health-related symptoms back in the 90s brushed it aside, but now they are more aware of the fact that it’s alright to acknowledge the symptoms. I don’t think it’s the increment in the number of people suffering, even if the increment is marginal, they are accepting that it’s okay to seek help,” she avers.

One of the interesting aspects of the study talks about eating disorders and how it affects disability-adjusted life-years (DALY).  Explaining how eating disorders manifest in the first place, clinical psychologist Pria Warrick says, “Eating disorder comes from lack of self-esteem; it has its roots in childhood, it has got nothing to do with adult life,” and adds that bullying or lack of attention from parents can contribute to low self-esteem in children. “You start looking for mistakes within yourself and the constant comparison with others can lead to eating disorders, where pleasure is not acceptable to a particular individual,” she shares.

The study states: The contribution of depressive disorders and eating disorders to the total DALYs was substantially higher in females (2.8%) than in males (1.5%). Talking about what causes women to be more prone to eating disorders, Warrick notes the social expectations from the fairer sex. “A lot more is expected from a girl. If a man is slightly overweight then it’s okay, but if a girl is slightly overweight then it’s not okay. So, society kind of dictates that we act and do it like how others ask you to do it,” she explains.

Shah, on the other hand, feels that the puberty hormones could play a role. “When young girls reach puberty age, they become more aware of their body image in general, they try to fit into a sort of a mould, so therefore also a lot of them will develop body issues and in turn, will develop an eating disorder,” she surmises.

Eating disorders can also harm one’s long-term health and reduce life expectancy. Dr Rajan Bhosle, Founder Director of Heart To Heart Counselling Centre, explains with an example: “I knew a person who would eat only meat and roti and nothing else, so he developed multiple vitamin deficiencies. At a young age, he started having problems that people usually have at old age, and the cause was only that he was not nourishing himself properly.” While those suffering from anorexia and bulimia do not receive the required nutrition, heart health can be compromised in the case of overeating, with both leading to diminished life expectancy.

The study reveals that eating disorder among girls starts at the age of 10-14 and by the time they hit, it starts to recede and is almost null in the mid-50s. “When people age, they start getting more comfortable with themselves,” Warrick elucidates, adding that other aspects of life such as family and career become more prominent than their bodies.

Another reason for the decrease in eating disorders among older women could be because of a better lifestyle. Shah adds, “A certain level of maturity comes into the play with age, a certain level of lifestyle where you’re constantly exercising and in a better diet, and therefore not sticking to extreme measures.”

Apart from overeating, anxiety and depression disorders are also high in females, which Dr Yusuf Matcheswalla, a psychiatrist at Global Hospital, believes to be interconnected. “Eating disorders commonly co-occur with anxiety disorders. Those who have an anxiety disorder can have a co-occurring eating disorder that may make their symptoms worse and recovery more difficult. It’s essential to be treated for both disorders,” he asserts in conclusion.