When a girl is forced to marry as a child, she faces immediate and lifelong consequences. 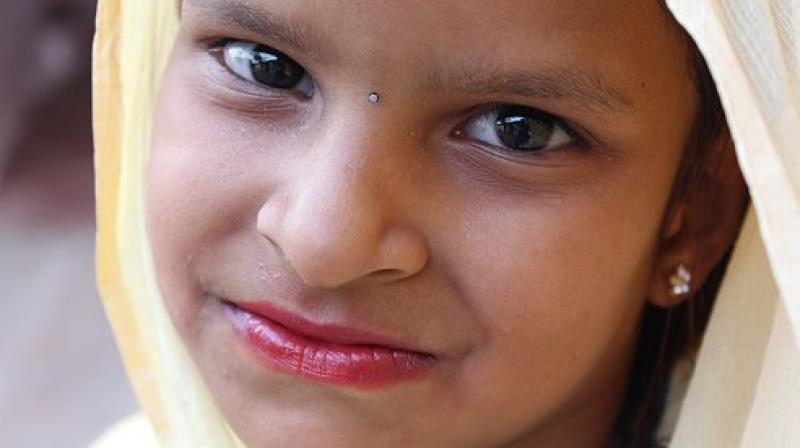 Given the life-altering impact child marriage has on a young girl’s life, any reduction is welcome news. (Photo: Pixabay)

India saw a sharp decline in child marriages over the last ten years with 27 per cent of girls getting married before their eighteenth birthday as against 47 per cent a decade ago, the United Nations children's agency UNICEF said today.

This decline in India has contributed significantly to a global decline in child marriages, Overall, the proportion of girls who were married as children decreased by 15 per cent in the last decade, from 1 in 4 to approximately 1 in 5.

According to a statement issued by the UNICEF, 25 million child marriages were prevented globally in the last 10 years (2005-06 and 2015-16) with the largest reduction seen in South Asia with India being at the forefront.

"South Asia has witnessed the largest decline in child marriages worldwide in the last 10 years, as a girl’s risk of marrying before her 18th birthday has dropped by more than a third, from nearly 50 per cent to 30 per cent, in large part due to progress in India," the UNICEF stated.

The UN children's agency attributed increasing rates of girls’ education, proactive government investments in adolescent girls, and strong public awareness about the illegality of child marriage and the harm it causes are among the reasons for the decline.

“When a girl is forced to marry as a child, she faces immediate and lifelong consequences. Her odds of finishing school decrease while her odds of being abused by her husband and suffering complications during pregnancy increase. There are also huge societal consequences, and higher risk of intergenerational cycles of poverty,” said Anju Malhotra, UNICEF’s Principal Gender Advisor.

“Given the life-altering impact child marriage has on a young girl’s life, any reduction is welcome news, but we’ve got a long way to go,” she said.

Each and every child marriage prevented gives another girl the chance to fulfill her potential,” said Malhotra.

“But given the world has pledged to end child marriage by 2030, we’re going to have to collectively redouble efforts to prevent millions of girls from having their childhoods stolen through this devastating practice,” she stressed.