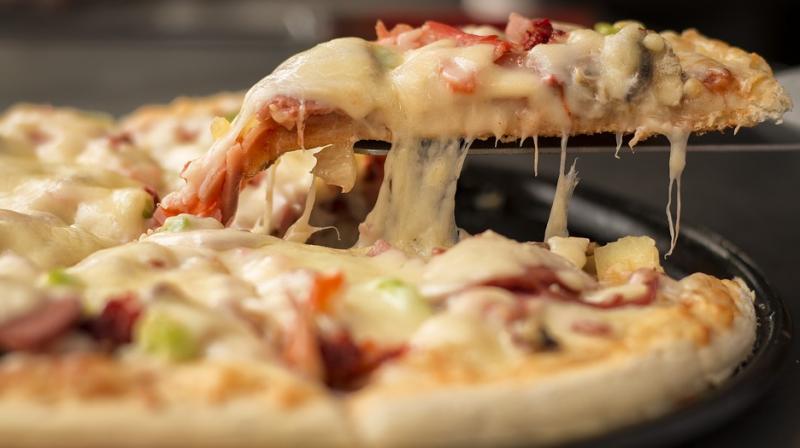 Helpful pilot took great care of his passengers who were anxious about the delay. (Photo: Pixabay)

Washington: Sometimes small acts of kindness can make even the most strenuous of situations feel less stressful. This was proven true by a pilot who helped passengers to some delicious pizza while they were stranded in his plane during a snowstorm.

On Monday night, an Air Canada Flight 608 left Toronto bound for Halifax, Nova Scotia but due to bad weather the aircraft was diverted to Fredericton, New Brunswick. After several hours of being stuck in the plane, the passengers started to stress, but their pilot, in a sweet gesture, decided to get pizzas delivered for the passengers, reported CNN.

Jofee Larivée, the manager at Minglers Restaurant and Pub in Oromocto, received the pilot's call and took his order for 23 pizzas topped with cheese and pepperoni. "We told him we could have them made in an hour or hour and a half," Larivée said. She added that they have never delivered pizza to an airplane, and they were "laughing all night" about the unusual yet unique order.

The staff got the pizzas ready in an hour and got them to the delivered to the airport. Larivée shared they called the pilot to inform him about the pizzas’ arrival and the captain sent people to meet the delivery at the door.

CNN cited an interview a passenger named Philomena Hughes gave CBC News where she praised the pilot for keeping the passengers informed and fed after being on the plane for about eight hours from the time they boarded.

"It was something that could have been very stressful, he made it a lot easier," she said. "There was lots of help, there were a couple of Air Canada Jazz pilots that were travelling on the plane and they were helping to pick up the pizza and distribute it. Everybody chipped in, so he didn't want to take the whole credit for himself,” she added.

Larivée also appreciated the pilot for his gesture of taking care of people, noting that he even called the restaurant on Tuesday to thank the staff for getting the pizza delivered to the plane so quickly. The plane was scheduled to arrive in Halifax on Tuesday afternoon.