Toasting UK royals with a 'Markle Sparkle?' It's an American thing

The drink menu features cocktails with a British twist in ‘Harry and Meghan’ commemorative memorabilia mugs. 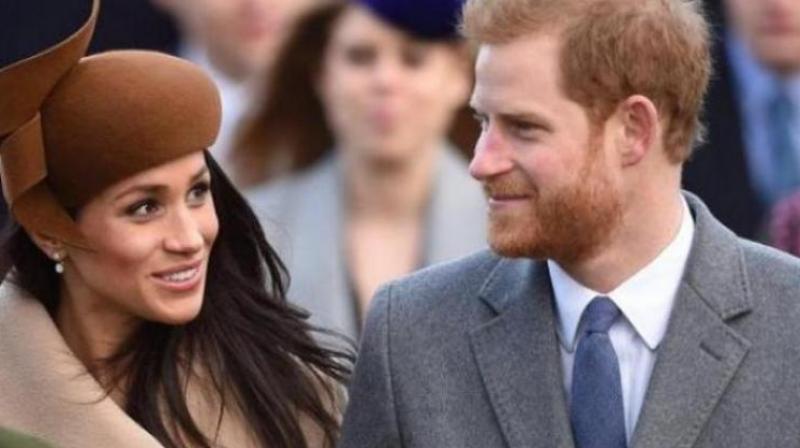 WASHINGTON: It may not be on the menu at the upcoming wedding of Britain’s Prince Harry and American actress Meghan Markle, but some Yanks will toast the happy couple with a “Markle Sparkle.”

Looking to give Americans a taste of something they rejected more than 240 years ago, a Washington bar is going with a British royal family theme in honor of the wedding. “You know, we’re pretty excited as Americans,” said Andy Raibins as he waited in line outside the bar’s photo opportunity room. “You know, we have an American joining the royal family.”

Harry, Queen Elizabeth’s grandson and sixth in line to the throne, will tie the knot with Markle on May 19 at St. George’s Chapel at Windsor Castle, the home of British kings and queens for almost 1,000 years. The couple has attracted large cheering crowds in public appearances since their engagement was announced in November. The “Royal Wedding Pub,” the latest persona of a bar with ever-shifting themes near Howard University, has been transformed to look like St. George’s Chapel, with vaulted ceiling and stained glass windows.

The makeover, which took “weeks and weeks” to complete, is “the next best thing to actually being there,” boasted Adriana Salame, designer and project manager of the bar, which is owned by The Drink Company. “You get a little taste of space,” she said.

The crowd of mostly young women sported fascinators, the elegant headwear favored by British royalty, and summer dresses, and posed for pictures with life-size cardboard cut-outs of the soon-to-be newlyweds, the queen, as well as William and Kate, whose 2011 wedding also drew world attention.

Several patrons said they looked up to Los Angeles-born Markle, whose movies include “Horrible Bosses” and who appears in the television series, “Suits.”

“I think she’s a great example of a modern day woman, kind of taking on this very traditional role and really making it her own, and so I really admire her,” said Katlain Borows, who was dressed to resemble Markle.

The drink menu features cocktails with a British twist in ‘Harry and Meghan’ commemorative memorabilia mugs. Four bar tenders shake their stuff to a soundtrack of the Beatles and other British bands, creating specialized cocktails such as ‘When Harry met Meghan’ and ‘American Princess.’

And that ‘Markle Sparkle?’ It actually has real glitter in it, Kelly Horn explained as she took a sip.