Ghosts of pandemics present and past 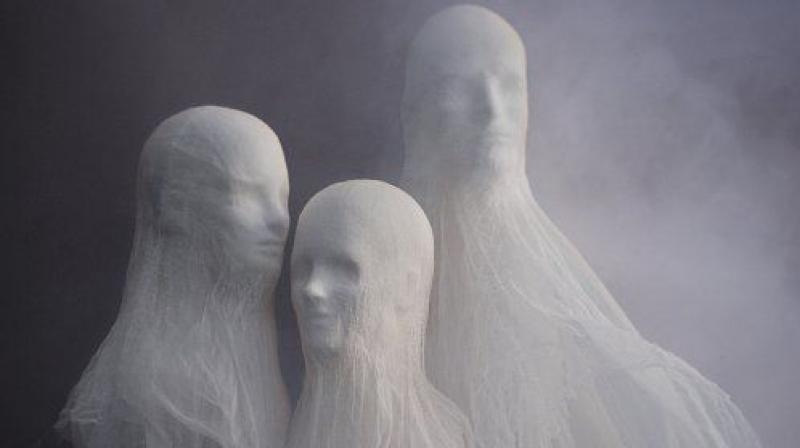 Ghosting. The modern use of the term describes one of the meanest things we do regularly.

This casual cold-shouldering of lovers, friends, colleagues, and acquaintances is never a simple case of forgetting to answer or not getting round to it. It is the chilling negation of another in which not only do you hide away like a ghost, you reduce the other person to one.

I’m sure you can tell by the intensity of my feelings that it is a pet Peeves of mine. That’s right not peeve but Peeves, that ghastly little spook from Harry Potter.

You’d expect him to indulge in something as inconsiderate as “ghosting” but not most ghosts. An act that dehumanising would so horrify most ghouls, they wouldn’t touch it with a 10-foot pole-tergeist (hehehe). Ghosts are, after all, from more gallant times.

Leave it to a genuine ghost and every missive sent would receive a thoughtful response in an elegant hand. On papyrus. They would blanche at the very thought of sending a “txt” with “lol, osm, imho” or worse nothing at all. Omg.

Lockdown hasn’t brought any more ghosting into my life than I was already subjected to as a freelance writer viz. a lot. Yet it is a haunted world we live in right now. Our deserted public spaces are peopled by wraiths, not just of those who have tragically died in the pandemic, but all of us who have retreated from the world, living a shadow of the lives we once did.

The homes of those who live alone or in unhappy domestic situations are echoing wells of loneliness, and maybe even fear. Even in happy homes, the ghosts of extended family and visiting friends can still be seen flitting around corners.

In their passing on from our lives, though not from this world, they have taken on an otherworldly sheen. Our home in Sherwood forest, where the past incessantly rubs shoulders with the present, is now infested with them.

At least, that was the (im)possibility we were forced to consider when, as the summer progressed and lockdown laid root, our nights suddenly filled with voices. Voices emanating from our ceilings and walls! Reedy voices that spoke to each other fervently through the night, like on shortwave radio. Deep in the night, unable to sleep, I would strain to catch what was being said with such urgency.

Even our children, who can famously sleep through anything, tossed and turned to the sounds of our walls humming with muffled natter. What was being said, we asked each other anxiously, and more importantly, by whom? Was it the product of our cabin-fevered imaginations? Were the herbs from our herb patch, liberally used in our cooking, having an unexpected effect?

The answer was indeed outside but weeding through our garden produced none. Walking the dog in the wilderness beyond yielded no clues either. It was only when we turned our eyes heavenward in exasperation that we spotted dark little clouds adhering to the eaves of our house.

On closer inspection, these turned out to be buzzing summertime clusters, also known as bees. Outside each of our bedroom windows, they hung in the shadows, busily settling in. A little hunt elsewhere, namely the Internet, provided further answers.

We had never heard the likes of them before because these were displaced foreign bees, apparently more given to chatter, and at “anti-social hours”, than their stiff upper-lipped British counterparts. “Their disconcerting sound can seem to come from walls and ceilings”, concurred Wikipedia.

So not ghosts of the pandemic, nor locusts from the Bible (or Rajasthan), but a plague of another sort. The Greek gods, however, had yet other ideas. Amongst the many delightful epistles flying back and forth in lockdown (all of which I respond to, thank you), came one from a friend in Corfu, about their Easter tradition of shattering flowerpots.

This year, all such activities had been cancelled, or that’s what they thought till the flowerpots started flying! Bewildered residents watched from porticoes and balconies, wondering who had the temerity to flout their lockdown laws, when it stopped as abruptly as it had begun. Like a spring shower, with as little human agency behind it.

It could have been the notoriously mischievous Greek gods but it could just as easily have been ghosts. The ghosts of pandemics both present and past, as the Spanish Flu of 1918 had laid waste to Greece too.

The nature of social distancing, of isolation from most of the world, is such that ghosts are unavoidable. The voices in our walls may not have been the voices in our heads after all, but disembodied missives are inevitable at such a time. They may be the promptings of our subconscious, or the prickle of memory; carrying communiqué from long ago. Or the grating voice of Alexa.

The long arm of Zoom for the nth time this lockdown. Or a note softly dropping into your inbox. One you would have blithely, even righteously ignored in the past.

Embrace them all. Clasp your phantoms to your bosom in these friendless times (unless they turn out to be bees, in which case, really don’t).

But do away with ghosting. That nasty business of reducing others to nonentities, with its offensive misnomer, which spooks themselves would never stoop to, gracious souls that they are. Instead, adopt someone distant, pay attention to the pushed out, make time for the marginalised (not just those politically and economically so, but anyone you’d deemed inconsequential).

You might have to respond with a resounding NO some of the time, but at least in making contact, you are affirming their humanity. For that you need a flicker of courage and a wisp of courtesy, but don’t get spooked — I know you have it in you.

Be a ghost. Be considerate, courteous and KIND. As our pretensions to superiority and invincibility topple, our finer instincts are all we have left and all we must cling to.

Shreya Sen-Handley is the author of the recently published Strange: Stories, the award-winning Memoirs of My Body, and a forthcoming book of travel misadventures. Her Twitter and Insta handle is @shreyasenhan.