Harry and Meghan have stopped holding hands in public; here’s why

Ever since May wedding, there has been much talk surrounding Prince and Duchess appearing to avoid hand-holding during official appearances. 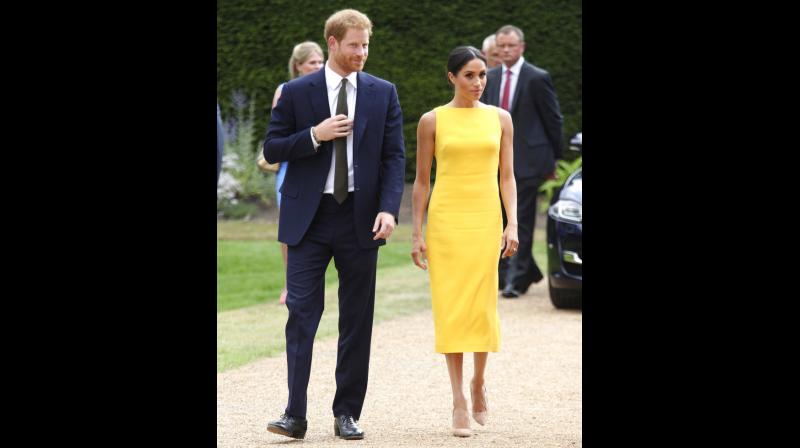 Their display was in stark contrast to previous appearances by the loved-up couple, who put on a very tactile appearance during their engagement shoot and interview. (Photo: AP)

Prince Harry and Meghan have stopped holding hands at official engagements since becoming husband and wife. The duo were previously known as one of the more tactile royal couples, often pictured hand-in-hand at events.

However, ever since their May wedding, there has been much talk surrounding the Prince and Duchess appearing to avoid hand-holding during official appearances.

According to etiquette expert William Hanson, who spoke to MailOnline, while there is no royal protocol against the gesture, the couple may feel the need to appear more 'professional' now that they are married, and added that Meghan could also more confident in her role.

Speaking to Femail, he said, “Prince Harry has probably felt less of a need to hold Meghan's hand as she seems to be much more confident and secure in her new role, and so needs less emotional and physical support from her now-husband.”

He further added that public displays of affection, such a hand holding, may be accepted in private situations and in social spheres, but when out in public Harry and Meghan are on official business and so it is not considered professional behaviour.

Describing William (who is second in line to the throne) and Kate's body language as more 'traditional', he added, “They seem much more reserved with their emotions and affection whereas Harry and Meghan are more tactile. It comes down to different styles for different royal couples.”

Last week Prince Harry was pictured appearing to avoid Meghan's hand during the Young Leaders Reception at Buckingham Palace and critics were quick to slam Meghan's affectionate gesture at the ceremony, with The Mirror reporting that The Windsors condemn displays of affection in public.

Their display was in stark contrast to previous appearances by the loved-up couple, who put on a very tactile appearance during their engagement shoot and interview.