Prominent preacher of the Salafist sect in Egypt says incest between men and their daughters is permitted if she is illegitimate. 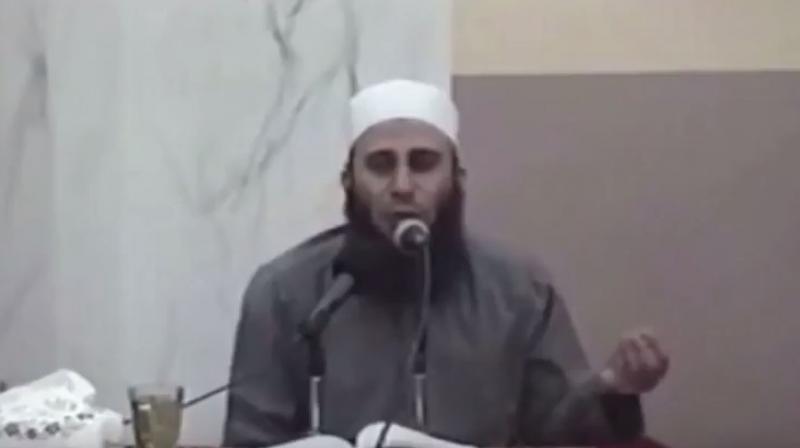 The Egyptian mullah Mazen Al-Sersawi, said that incest between men and their daughters in permitted if she is illegitimate. (Youtube Screengrab)

In a shocking revelation, a Muslim cleric told followers that men can marry their own daughters if they are born outside marriage.

The Egyptian mullah Mazen Al-Sersawi, said that incest between men and their daughters in permitted if she is illegitimate.

He is a prominent preachers of the Salafist sect.

His shocking commenst were filmed at an open lecture from 2012, but the footage has only now gone viral.

According to Al-Sersawi, another preacher Imam Al-Shafi’i too said that there is permission in the Koran for the questionable practice.

The professor, who teaches at Egypt's Al-Azhar University, was heard saying that a girl born out of marriage cannot be considered the father's "real daughter".

According to him she is not the man’s daughter according to Sharia and thus cannot officially be attributed to him.

He said: "She is not his daughter according to Sharia. She is not officially attributed to him.

Understandably, twitterati did not find the rant particularly enlightening or good and reacted furiously.

Only a very sick individual, who doesn't understand biological consequences of incest can make such ludicrous statements!

With another user writing,

A new meaning to the phrase ‘In the family way’

And one Peter Austin said that the Imam must have mistaken the dates.

He thought the date was 1st of April!

Ruchi brought about a shocking possibility,

Everyone in this era is able to find a new dimension in reducing women to lower life forms!

And Jesse Gabriel brought forward the possibility of  a certain confusion,

Egyptian cleric says:Man can marry his own daughter

So Man can be a father & grandpa at the same time?