The woman manages to escape thanks to visitors who started hurling things at the big cat. 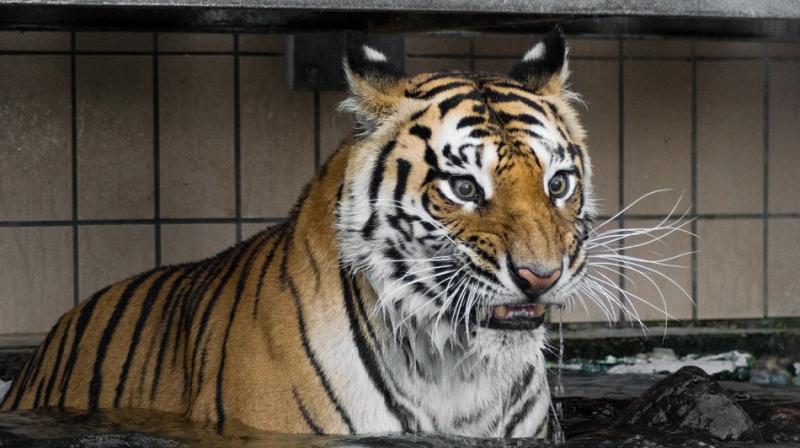 Images of the woman are doing the rounds on social media showing her lying on her back as the tiger pinned her to the ground, probably closing in for the kill. (Photo: Pixabay)

In a horrific incident, a Siberian tiger pounced on a woman as she tried to feed it at the Russian tourist attraction on Kaliningrad.

Images of the woman are doing the rounds on social media showing her lying on her back as the tiger pinned her to the ground, probably closing in for the kill.

However, some visitors picked up a table and chairs from a nearby café and started hurling it towards the animal in a bid to distract it while others began screaming and shouting as the 15-year-old male feline names Typhoon carried on with its assault.

One witness described how the woman began screaming as she desperately tried to fight off the beast.

The zookeeper managed to flee when the tiger became distracted by the crowds.

The visitors had to call for an ambulance since there were no other zoo staff on sight.

Miraculously, the woman managed to survive despite several injuries.

With no other staff in sight, it was also up to the visitors to call for an ambulance.

A zoo spokesman said: "The animal entered the enclosure when the keeper was there. The tiger attacked the human. Visitors with their shouting, stones and other improvisation managed to distract the animal. This allowed the zoo employee to hide in a back room.”

When zoo staff did arrive they managed to shoot the animal with a sedative.

The Siberian tiger was born in 2001 at Chelyabinsk Zoo and later moved to the tourist attraction in Kaliningrad.

According to a member of zoo staff said Typhoon has never before shown any aggression and the incident was a first.