The recent arrest of Syed Shahed Husain puts spotlight on professionals who are looking to make a fast buck through criminal activities. 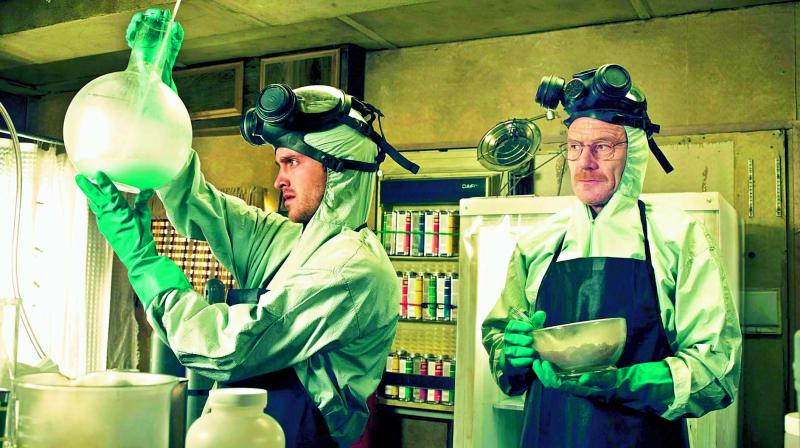 A still from the TV series Breaking Bad, where a school teacher starts cooking crystal meth.

On Monday, Syed Shahed Husain, a Hyderabad-based former bank employee was arrested for selling marijuana, and a raid at his home revealed that he had been growing the crop in his three-bedroom apartment.

Similarly, in 2015, I. Ramesh, a former chemist at a pharmaceutical company, was arrested after he was found to have built a mini meth empire, becoming a millionaire within three years of his new trade. Both individuals had stable jobs, but turned to drug production and selling to make quick money. Experts believe that it’s more of a behavioural issue that makes them turn their backs on a stable life.

Koti Reddy, the Additional Deputy Commissioner of Police, adds, “Syed became addicted to ganja much earlier, and developed a few contacts while buying the product himself. It was only three months ago that he began cultivating the plant in his apartment. It’s a way to earn easy money, and he was used to lavish spending.”

“It’s not very common — maybe only two or three individuals would be into such activities. That being said, anyone could be a drug trafficker or manufacturer,” adds Sunil Sinha, a Zonal Director at the Narcotics Control Bureau, and says that a mix of a criminal mindset and easy money makes them turn their backs on a legal means of income. “All narcotics-based businesses have huge profit margins and someone with a criminal mind will always be attracted to it,” he says.