Ozone in the lower stratosphere is slowly disintegrating, an international team of two dozen researchers warned. 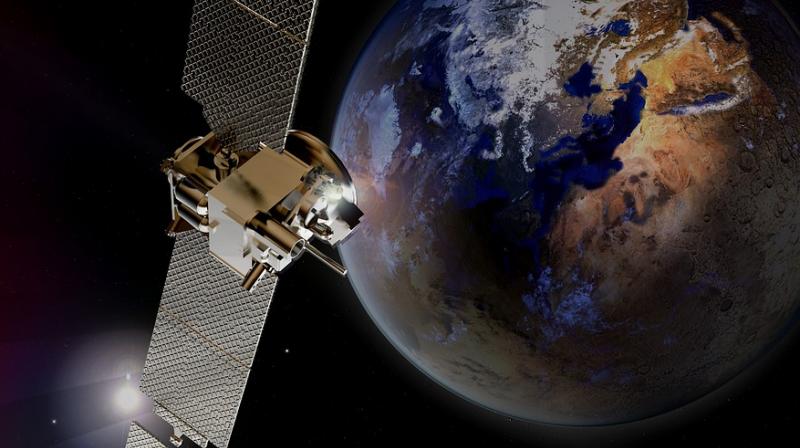 At its most depleted, around the turn of the 21st century, the ozone layer had declined by about five percent, earlier research has shown. (Photo: Pixabay)

Paris: The ozone layer that protects life on Earth from deadly ultraviolet radiation is unexpectedly declining above the planet's most populated regions, according to a study released Tuesday.

A 1987 treaty, the Montreal Protocol, banned industrial aerosols that chemically dissolved ozone in the high atmosphere, especially above Antarctica.

Nearly three decades later, the "ozone hole" over the South Pole and the upper reaches of the stratosphere are showing clear signs of recovery.

The stratophere starts about 10 kilometres (six miles) above sea level, and is about 40 kilometres thick.

At the same time, however, ozone in the lower stratosphere, 10-24 kilometres overhead, is slowly disintegrating, an international team of two dozen researchers warned.

"In tropical and middle latitudes" -- home to most of humanity -- "the ozone layer has not started to recover yet," lead author William Ball, a researcher at the Swiss Federal Institute of Technology in Zurich, told AFP.

"It is, in fact, slightly worse today than 20 years ago."

At its most depleted, around the turn of the 21st century, the ozone layer had declined by about five percent, earlier research has shown.

The new study, based on multiple satellite measurements and published in Atmospheric Chemistry and Physics, estimates that it has now diminished an additional 0.5 percent.

If confirmed, that would mean that the level of ozone depletion is "currently at its highest level ever," Ball said by phone.

The potential for harm in lower latitudes may actually be worse than at the poles, said co-author Joanna Haigh, co-director of the Grantham Institute for Climate Change and the Environment in London.

"The decreases in ozone are less than we saw at the poles before the Montreal Protocol was enacted, but UV radiation is more intense in these regions and more people live there."

One is a group of chemicals used as solvents, paint strippers and degreasing agents -- collectively known as "very short-lived substances", or VSLSs -- that attack ozone in the lower stratosphere.

A recent study found that the stratospheric concentration of one of such ozone-depleting agent, dichloromethane, had doubled in just over a decade.

Unlike the long-lived chlorofluorocarbons, or CFCs, that began tearing at the ozone layer in the 1970s, this new family of chemicals only persists 6-12 months. They are not covered by the Montreal Protocol.

"If it is a VSLS problem, this should be relatively easy to deal with," said Ball.

"You could apply an amendment to the Protocol and get these things banned."

The other possible culprit of the renewed breakdown of the ozone layer is global warming.

Climate change models do suggest that shifts in the way air circulates in the lower stratosphere will eventually affect ozone levels, starting with the zone above the tropics, where the substance forms.

But that change was thought to be decades away, and was not expected to reach the middle latitudes between the tropics and the polar regions.

"If climate change is the cause, it's a much more serious problem," said Ball, adding that scientists disagree as to whether the stratosphere is already responding in a significant way to climate change.

"We should be concerned but not alarmed," Ball continued.

"This study is waving a big red flag to the scientific community to say, 'there's something going on here that doesn't show up in the models'."

Ball and colleagues encouraged other researchers to duplicate their results, and drive down the level of uncertainty.

They also called for data-gathering missions -- by balloon or airplane -- to measure more precisely the level of VSLSs in the upper atmosphere.

the same time, they said, scientists need to reevaluate the complex interplay of cause-and-effect in the lower stratosphere to see if models to date have missed telltale signals showing a link with climate change.