The holy man was banished from his temple by the spiritual leader. 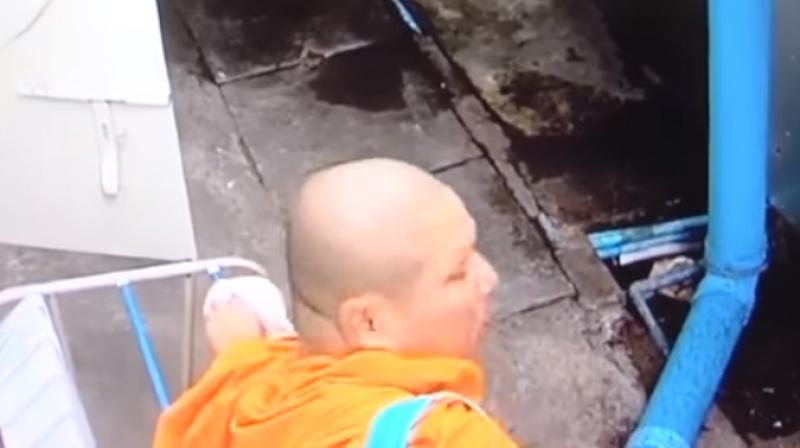 Police are looking for the monk in the footage (Photo: YouTube)

Godmen have landed in hot water as they were held responsible for their crimes in India. Similar reports of holy men in Thailand being charged for crimes including wildlife trafficking in the past few years.

Now another monk from the country was caught on camera as he stole women’s innerwear from an alleyway. The man put six pairs of underwear drying outside inside his blue shoulder bag.

The police started a manhunt for the monk when 40-year-old Kittisak Khajornnetikhun complained about his wife’s and daughter’s innerwear missing. The holy man was banished from his temple by the spiritual leader.