A generous dose of Dutch courage

The country's first ever luxury beverage festival, being held in Mumbai, will expose spirit connoisseurs to premium alcohols from all over the world. 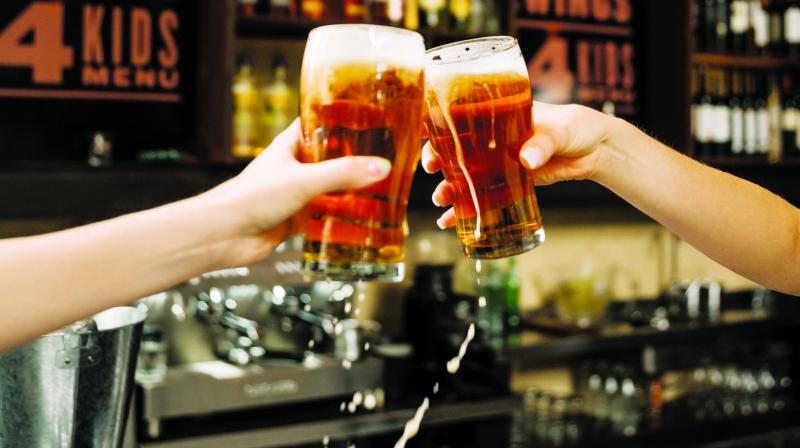 Distilled — the country’s first-ever luxury beverage festival that will connect connoisseurs to distillers from all over the world.

While downing shots of tequila has its own merits and well, mishaps, sniffing, sipping and savouring fine whiskeys is an entirely different experience, because this languid appreciation allows one to unravel notes, flavours and aromas locked in the glass. And this is precisely what one can enjoy at The Vault Biennale – Culture. Distilled — the country’s first-ever luxury beverage festival that will connect connoisseurs to distillers from all over the world. At the two-day event, one can discover around 60 premium distilled beverages, including whiskey, vodka, rum, cognac, gin, vodka, tequila, mescal, vermouth and liqueur along with 15 handcrafted brands and three new beverage categories.

The theme of the festival's premier run is ‘Spirited Stories’, and Keshav Prakash, curator of the festival and founder of The Vault, an import house of craft and independently produced spirits, reveals that his own curiosity about stories behind spirits motivated him to keep the theme such. “Every alcohol has a creation story connected with it. When you know the story, you appreciate the alcohol differently. There’s a difference between enjoying alcohol and appreciating it. I founded The Vault because I wanted to share stories and experiences around beverages with like-minded people, and The Vault Biennale is an extended expression of this passion,” he says.

And stories will be shared during the various talks, which will see celebrated distillers from around the world weave tales around their own handcrafted beverages as well as provide insight into ‘spirited’ topics like crafting whiskeys, the burgeoning gin and rum markets, Indian distillers famous on the global stage, the secret ingredient that forms the ‘Soul of Cocktails’ and lots more.

If attending talks is not your thing because you crave a sensory experience, you could go bar hopping, as three of the world’s top 50 bars (Bar Benfiddich from Tokyo, Licoreria Limantour from Mexico City and The Clumsies from Athens) will be taking over bars in the city. One can watch the radical bartender and cocktail king, Hiroyasu Kayama in action, taste Mexico’s leading bar’s eclectic mix of cocktails and watch two world-class Greek bartenders wow you with their pouring and people skills. For those looking at acquiring skills of their own, an aroma masterclass by Alan Gordon from the Aroma Academy, UK, awaits. Learn how to swish, sniff and savour fine spirits like a pro (and of course, use the right glass as that makes all the difference!)

If this comprehensive list of activities seems daunting, fret not, for Keshav assures us that the festival isn’t for connoisseurs alone. He says, “You don’t have to be an expert to enjoy this festival, because it is for both, connoisseurs and the curious. If you’re curious about spirits, want to taste them and delve deeper into the stories behind them, this festival is for you. It took us six months to put this festival together and we’ve gone the extra mile to see to it that this festival isn’t intimidating, but enjoyable, experiential and interesting for anyone curious about fine spirits.” The Curator also urges participants to be vocal about questions they might have. “You are getting to meet the men behind the beverage, so it’s the best time and place to ask questions. Don’t bother about them being silly, even stupid questions can give you some really good answers,” he says.
(To be held on February 16 and 17)