A struggle for dignity

Inspired by #MeToo, Serbian woman speaks out and fights back. 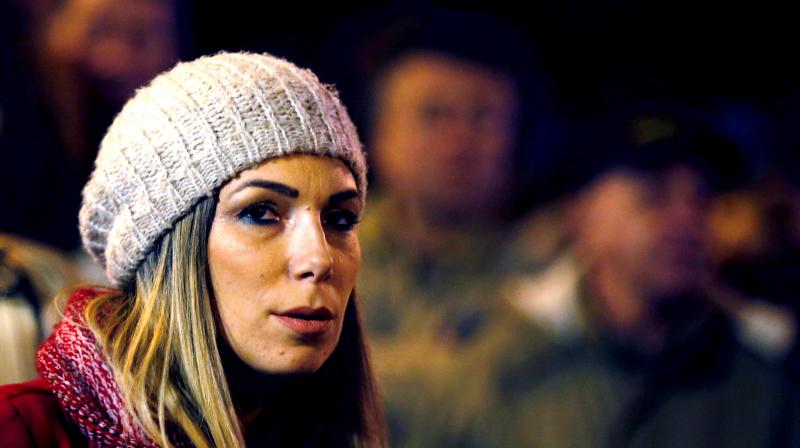 Brus (Serbia): It started at the job interview, when Marija Lukic's boss locked the office door and tried to kiss her. He later promised it won't happen again. But it did, over and over, until she decided it has to stop.

In the two years she worked as a secretary of the top municipal official in this small town in central Serbia, Lukic says she has had as many as 15,000 phone messages to prove the harassment. For daring to speak out about her experiences, the 30-year-old mother of two has become a hero for many women in Serbia, a conservative male-dominated Balkan nation with a strong macho culture.

When last year she mustered the courage to go to court against the most powerful man in the town, Lukic faced threats and pressure but she also received scores of support messages flooding in on social media with the hashtag #JusticeForMarija. Fighting back was no easy thing to do in a country where small-town power-mongers routinely control local institutions and where sexual harassment was only acknowledged as a criminal act in 2017.

"All the time, I complained to his closest friends ... his sister, nobody reacted," she told The Associated Press in an interview. "I expected someone at least to tell him to leave me alone because I told everyone, but it had no effect." She says the global #MeToo movement has emboldened her to speak out: she wrote open letters to President Aleksandar Vucic and other officials, and told her story in numerous media interviews.

In an important victory, Lukic's former employer, Milutin Jelicic, announced his resignation this month in the face of mounting public pressure and outrage. A trial is ongoing, and Lukic said she won't back down until he is held legally responsible as well. The problem was "that there is a system that protects such people, that women are endangered. Many women have approached me, even those who were raped and were afraid to report it," Lukic said.

Initially, six other women joined Lukic in charging Jelicic with sexual harassment and abuse of power. But only her case stood up in court. Experts warn that while some steps have been made to boost women's rights, much more needs to be done in a society where domestic violence is rife, women’s rights groups say at least 30 women were killed by partners or within their families in 2018 and sexual harassment is often seen as harmless.

The government has pledged to address the problems as the country advances toward European Union membership. Lukic's case, however, shows it will be an uphill battle.

Lukic said her own family initially advised her against suing Jelicic, fearing she stood no chance against the local populist chief, who boasted that the president protected him.

She almost gave up when unknown men approached her and warned her to forget the lawsuit and delete Jelicic's messages from her Facebook profile to avoid "trouble." Local authorities threatened to close the hairdressing salon owned by Lukic's husband, and she received dozens of hate messages on social networks.

Lukic told the AP that after the job interview, she didn't see Jelicic for a few months. She took the job after he apologised and promised to behave. But, she said, "the first time we were alone, he did the same, only worse." In court, Jelicic argued that his accusers had tried to seduce him and had sent the harassing messages from his phone, Lukic said. In announcing his resignation, he complained a campaign against him is part of a political ploy to discredit President Vucic.

The evening Lukic was due to appear on a popular television station, a mysterious power outage prevented much of the town from watching. Lukic says she will go to the European courts if she doesn't find justice in Serbia. This is a struggle for dignity, she told thousands of people at last week's anti-government protest in Belgrade. "I don't know if I am brave, but now I know I am not alone," she told the crowd.