“Friday is our big break,” beams the duo behind Bengaluru-based Aerate Sound. 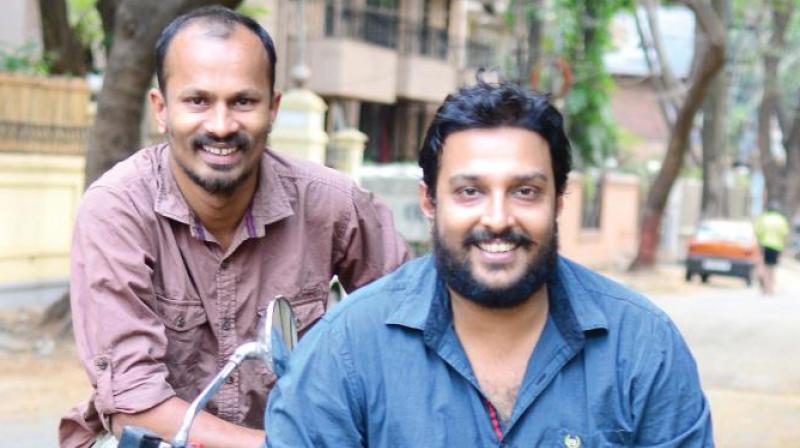 Bengaluru-based Aerate Sound speak to us about making their big Boiler Room debut on April 7 in the city.

“Friday is our big break,” beams the duo behind Bengaluru-based Aerate Sound. Come April 7, Joe Panicker and Naquash V will be on the Boiler Room lineup alongside Zora Jones, Sinjin Hawke, American producer Jlin, collaborating with city-based performance artiste Avril Stormy Unger and Mumbai-based producer Kumail. For those of you who didn’t know, the Boiler Room is an underground music collective that streams DJ sets (those that are rarely heard), online to millions across the globe. In short, it’s the self-proclaimed online home of the underground, and a sure shot way to get your music noticed.

“I think we live in an interesting time of history. Knowingly or unknowingly, the world has become one big place for everyone – and music plays a vital role in bringing cultures together. Something like Boiler Room happening in India is a huge confidence booster for all those who look for a chance to listen and experience stuff that is different and current,” says Jyothis Balakrishnan Panicker aka Joe Panicker, the musician behind the project. Having watched some of their favourite artistes as part of this movement, they believe that this is an avenue for the young to expose themselves to an alternate music scene, hence giving them a chance to explore their own sound.

Both buddies from high school in Kerala, they found themselves connecting over how cool the concept of sound systems was and began making sound (quite literally) once in Bengaluru. “We didn’t push each other – it was all happening on its own,” explains Naquash who weaves the wicked visuals. A year later, in January 2016, Aerate Sound was formed. And the name itself – the process of giving air to something, reflected how organic their sound was, the process of making it and how they came together.

The duo is inspired by artistes like J Dilla, Nosaj Thing, Kid Koala, DJ Shadow, Onra, Ryoji Ikeda, Hiroaki Umeda and Amelie Duchow, whom they credit for teaching them their skill. “Our sound is a result of sampling sounds and mixing them with the beats. Sound wise, it’s best described as instrumental hip-hop mostly but we also incorporate a lot of vocal ideas. So it is hard to give it a specific name,” explains Joe.

For their Boiler Room debut, expect them to whip out their new album, Only For External which was released earlier this month through Bengaluru-based label Consolidate. Incidentally, its boss man Rahul Giri opened the show for Boiler Room’s debut in India. “We’re also hoping to perform some new songs we have been working on, which we will be playing pretty much for the first time,” says Naquash, who also doubles as a sculptor and a painter. “We are currently working on some new music which would take us a while to shape fully. We are collaborating with the Bengaluru-based rapper Smokey The Ghost in a big way on our next project. It’s really exciting, and even newer for us,” smiles Joe, in conclusion. The world truly is their oyster.