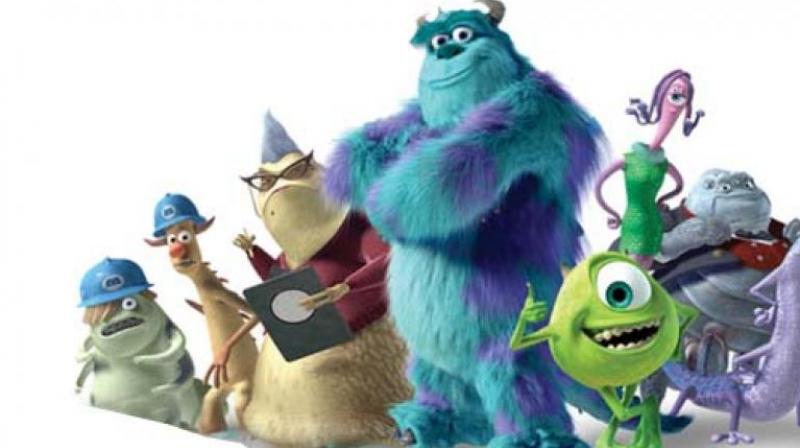 The animation industry in India has had some remarkable moments and is hopeful of a bright future.

Let’s take the kids for this one, you hear someone say at a movie hall, looking at the poster of an animation film. Unsurprising really, in India, where animation is somehow always ‘for children’. And yet you find long queues when a new Ice Age movie comes out. Would be fun to hang around with the children then, eh? Every year when Toonz puts together an animation masters summit, we hear the animation industry is growing, evolving in India. But have we made a mark this time around? Yes and no, you gather, when you hear positive stories from them, but stories that don’t go all the way to fight with the giants making animation films in other parts of the world. There are so many reasons for this, beginning with the most obvious money, and then a lesser-known fact called time. If you watch carefully, however, you find small steps in the right direction.

“It is a vast ground. When you talk about acting there is theatre, monoact and films, right? A film would reach everyone, but theatre can only reach the people who are present where it is played. Animation too could be for one person or for a community, for entertainment or for information,” says P.C. Sanath, VFX expert.

It was all photographs at first, before someone put a series together and made it look like it was moving. That was the  first visual effect, he says. “In one of the first  movies made, there was a shot of a train coming to a station. People watching the film ran out of the theatre, thinking the train was coming to hit them.”

Narrative films happened then, where you shot and you stopped and you shot again. While shooting a street, someone made a mistake and the bus that was coming on the road suddenly disappeared. “They suddenly realised it is a possibility in films,” he says.

Change has always happened, Sanath knows. We are making testing grounds now with animation becoming part of mainstream live actions, and successfully pulling it off. “How do we make films here? I am talking about commercial cinema. It starts with a star. You already know he has a market value. You choose a director with a track record,” Sanath says. That doesn’t really work with animation films. Besides it means a lot of money. Animation films have a bigger budget than big Hollywood projects. You need a producer who is willing to take that chance and who understands the potential. “Films made in other countries also have a global appeal,” Sanath adds.

And yes, they take a long time too. This is reiterated by Kiran Antony, executive creative director, Oglivy & Mather. “Two to three years,” he estimates. “No producer has that kind of patience.” But then in the ad film industry that he has been a part of, animation is a pretty commonly accepted option. His job is to think of a concept and then decide if he wants to tell it through animation. Turns out every time he did, it became a popular ad — ZooZoo, one of the most popular characters created for Vodafone ads, was conceived by Rajiv Rao and scripted by Kiran. “Gitanjali Rao did a few of them.” But before that, before even the boy-and-pug series — another popular ad series — was of a boy and a girl called H and I. That was Kiran’s first ad and it was an animation. “It explained features of the first mobile phones — how to use an MMS or activate roaming. People were not as tech-savvy then,” Kiran says.

Zoozoos were first all real, shot in Cape Town. Later on they became partly real and partly animated. Now they are fully animated. The pugs you saw on Indian Badminton League, on live TV, were animated.  Car ads  are mostly animated now. It helps that most cars have their 3D models.

If we go by Kiran’s statistics, films would be soon accommodating animated characters and objects, and perhaps we won’t know the difference.

Arvind Neelakantan, gaming expert, says gaming has suddenly become not a ‘waste of time’ anymore. Ten to 15 years ago, it was frowned upon, and your parents told you, you were wasting time and to shut it off, today the parents play too. Gaming was once an isolated form of entertainment. But then multiplayer games played over the internet made socialising possible.” If it could happen in gaming, in ads, it might as well be in feature films.