Woman, from South Korea, was left with severe pain after squid injected sperm into tissues of her mouth and had to be rushed to hospital. 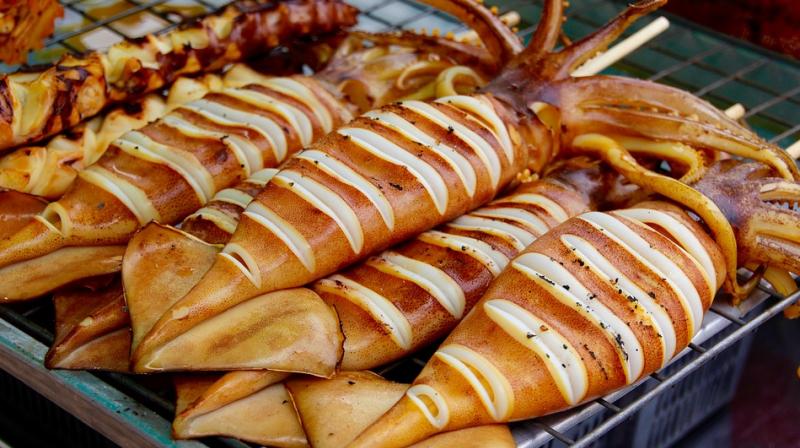 According to the journal report, she had not removed the internal organs of the squid and then had just parboiled it before consumption. (Photo: Pixabay)

In a bizarre and shocking incident, a 63-year-old woman’s tongue became ‘pregnant’ after sperm from a raw squid she was eating ended up in her mouth, according to a medical journal.

The woman, from South Korea, was left with severe pain after the squid injected sperm into the tissues of her mouth and she had to be rushed to a hospital.

Doctors, on observation, were shocked to find ’12 small, white spindle-shaped, bug like’ sperm bags embedded in her tongue and gums.

The foreign bodies were identified as squid spermatophores, which are sperm-containing capsules and the bizarre case has been published in the Journal of Parasitology.

They belonged to a Japanese flying squid known as Todarodes pacificus.

According to the journal report, she had not removed the internal organs of the squid and then had just parboiled it before consumption.

The spermatophores were alive and well.

Researchers wrote that as soon as she put a piece into her mouth, she felt like many 'bugs' were biting her oral mucosa.

Having experience sever pain she spat out the entire portion without swallowing.

“Despite that, she could feel many small squirming white bug-like organisms penetrating her oral mucosa,” they wrote.

Researchers however, said they are not sure how the spermatophores managed to implant themselves into the woman’s mouth.