COVID-19 dead body disposal team: The guys we forgot to shower petals on

They're the guys who accompany the victims on their final journey 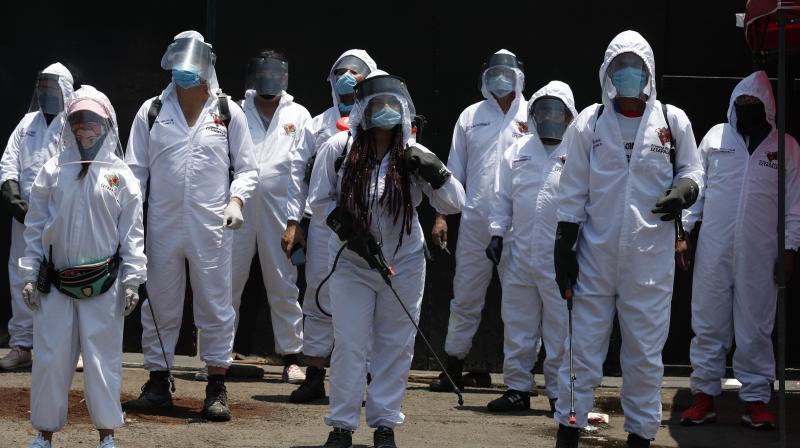 Hyderabad: Stationed in the out-patient block of Hyderabad's Gandhi Hospital, these 15 young men get the jitters each time there is a COVID-19 death. They have been living their worst nightmare since the outbreak of the pandemic, spending hours alongside dead bodies while carrying out their high-risk job of transporting bodies from the morgue to wherever they are disposed of.

For the bravehearts in the Covid Dead Body Disposal team, who have so far accomplished their task despite the odds, the fast approaching monsoon is another challenge coming their way, which could end up making their difficult job even worse.

''The rain will dampen the wooden pyre, making it difficult for the body to burn and the wet surface is another hassle. Performing last rites in open areas without a shed or a cover during rainfall will be a major hurdle. For burials, excavating a grave in a downpour is impossible. Moreover, we do not have the option of electric crematoriums as local residents are against it fearing spread of the virus,'' a team member, requesting anonymity, told Deccan Chronicle.

Presently, the last rites of COVID-19 victims are being performed at undisclosed locations. Summer was making the task less difficult. The monsoon is another matter.

One of the strategies is to store the COVID-19 bodies longer in the mortuary on the days when it rains heavily and wait for it to stop. But the concern is that several bodies might get accumulated. Going by the number of COVID-19 deaths everyday, the team expects the numbers to rise in the days to come. ''More deaths will lead to storage of more bodies which means more delays,'' he said. Telangana has so far witnessed 105 COVID-19 deaths.

Presently, the body disposal team sprays and sanitizes an area up to 40 feet around the place where the last rites are performed. For burials, the workers dig eight feet, which is mandatory as per the norms for COVID bodies. One family member is allowed to witness the last rites from a distance of 100 m.

''All through, we wear PPE kits and masks while the ambulance used to transport the bodies is sanitised several times a day,'' informs the official adding that they are firming up the strategies for the rainy season. About five ambulances are at their disposal to transport bodies.

While officials refuse to say what salaries are paid to the team, it is learnt that they are paid between Rs 50,000 to Rs 75,000 or even more depending on the number of COVID-19 deaths.