A Mumbaikar has come up with an innovative method of harvesting rainwater and has already installed the kit at six city schools. 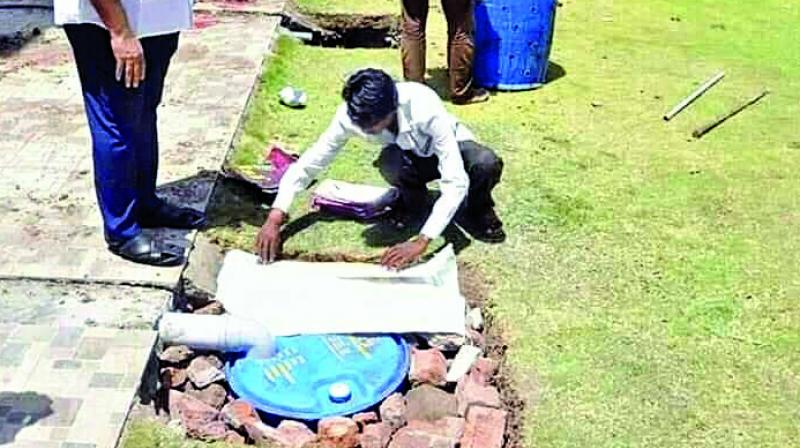 To prevent the terrace water from running down the drain, this system channels the water back to the soil.

With monsoon getting a stronger grip, Mumbaikars have witnessed the heaviest downpour of the decade. But in a city that has seen water crisis in spurts, letting go of all the water down the drain is no good, and that’s why Subhajit Mukherjee, founder of Mission Green Mumbai, is installing rainwater harvesting and groundwater recharging system in schools and private societies.

A simple system made with plastic drums and PVC pipes, Subhajit credits Kiran Bedi for the idea, he says, “The idea is not mine, it was shared by IAS officer, governor of Pondicherry, Kiran Bedi. When she shared this idea, I thought ‘can we not do something?’. So I spoke to her and researched a bit about it. Then, I met some experts at IIT Bombay, they made some small changes and suggestions to make it better.” 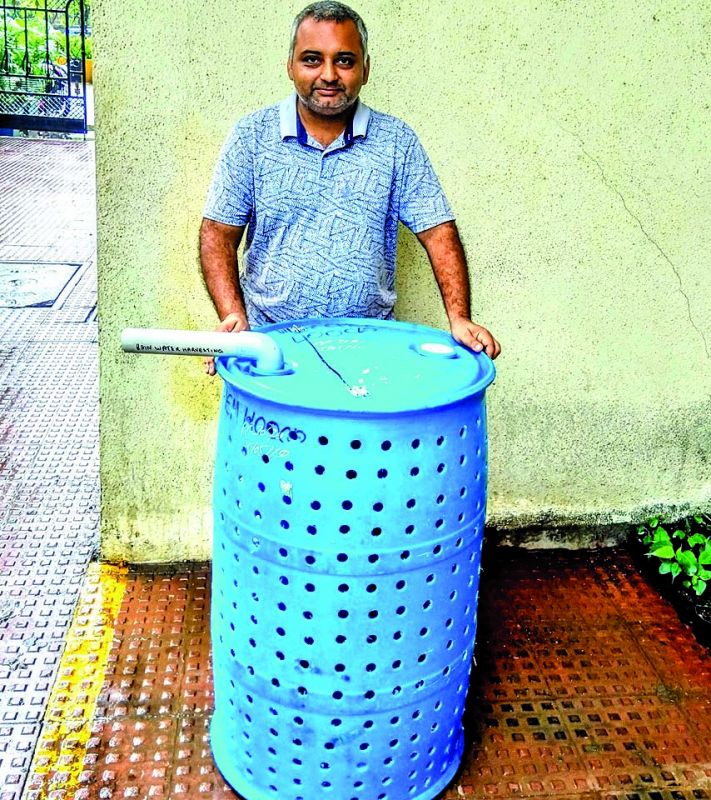 In order to prevent the terrace water from running down the drain, this system harvests and channels the water back to the soil. Explaining how the system works, Subhajit says, “You take a drum, make some holes around it, dig a 3ft by a 3ft pit, install it in the ground and connect the terrace water to the drum. The area around the pit can be filled with pebbles which also works as a filter, preventing mud from entering the drum.” This process will increase the groundwater level, which can be accessed via tube wells, borewells and would also fill up nearby ponds and wells if there’s any in the vicinity.

Subhajit posed a Facebook update, announcing the service a few days ago and is already getting thousands of calls from eager Mumbaikars who want to set up a similar system at their society. “After getting a lot of calls, we decided to share a video which explains the entire process of installing the system,” he adds. 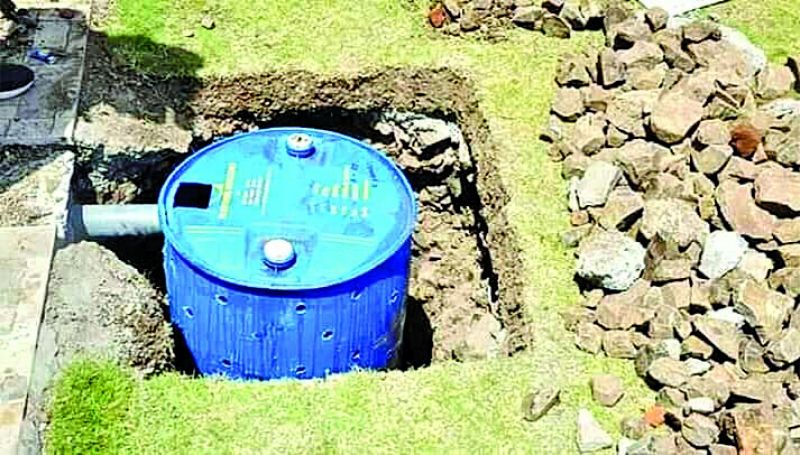 The Malad resident has installed the rainwater harvesting system at six schools in the last 10 days and is hoping to reach his personal goal of 50. Sharing his experience of working with the students, Subhajit says, “The kids go crazy, they love digging the ground, playing with mud and installing it. So in schools, students get together for the project, some are collecting stones while others are digging the holes. They are learning and also contributing to the project and they can see the results for themselves.” According to Subhajit, the drum can hold water for seven to 10 days when it’s raining and suggests schools to use it for cleaning floors and toilets. He adds, “ On an average, a school needs at least 5000 liters of water every month for floor mopping, so if you can save that 5000 liters of water during the monsoon season which lasts about 4 months, then you can easily save 20000 liters of water.”

In case you don’t have access to plastic drums or don’t wish to use one, Subhajit suggests, “You can fill the pit with bricks or pebbles so that pit is covered and there is no mud, so when the pipe is connected, the water can flow through the spaces between the pebbles, ultimately reaching the soil. Yes, it will be a lesser amount but it will still save 50% water.”

The only word of caution is that these units are supposed to be installed at least 10 to 20 feet away from the main building in order to prevent the water from seeping into the building walls.