Meghan Markle's father, Thomas Markle opens up for not being invited for grandson's christening. 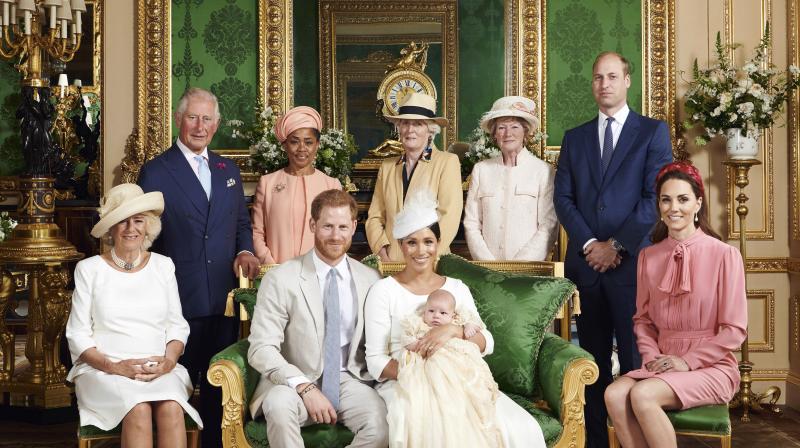 pictured alongside the couple and their 2-month son along with other Royal members including Prince Charles, his wife, Camilla, Prince William and Duchess of Cambridge Kate Middleton. (Photo: AP)

Washington: Duchess of Sussex Meghan Markle's father Thomas Markle opened up about not being invited for his grandson's christening ceremony on Saturday.

The 74-year-old spoke to the Mail on Sunday saying he wanted to be a part of the celebrations in the private chapel at Windsor Castle in England, US Weekly reported.

"I have been asked if I would have liked to have gone to Britain to see my new grandson being christened," he told the Mail, according to US Weekly.

"I was an altar boy at age 12, a confirmed member of the Queen's church at age 14, and Archie is my new grandson, of course, I would have enjoyed being there for the blessing, wishing Archie and his parents' health and happiness."

Doria Ragland, Meghan's mom and Thomas' ex-wife, was present for the ceremony and was also a part of the family picture shared by the official Instagram account of the Duke and Duchess of Sussex.

She was pictured alongside the couple and their 2-month son along with other Royal members including Prince Charles, his wife, Camilla, Prince William and Duchess of Cambridge Kate Middleton. Also in the family picture were late Princess Diana's sisters, Lady Jane Fellowes and Lady Sarah McCorquodale.

Us Weekly had reported in May that Thomas was upset with the fact that he wasn't part of his grandson's birth, with an insider saying, "He's as devastated as any grandfather would be who isn't being given the chance to see his grandchild."