After the massive success of his blog, Arnab Ray is now writing books that capture the imagination of the reader. 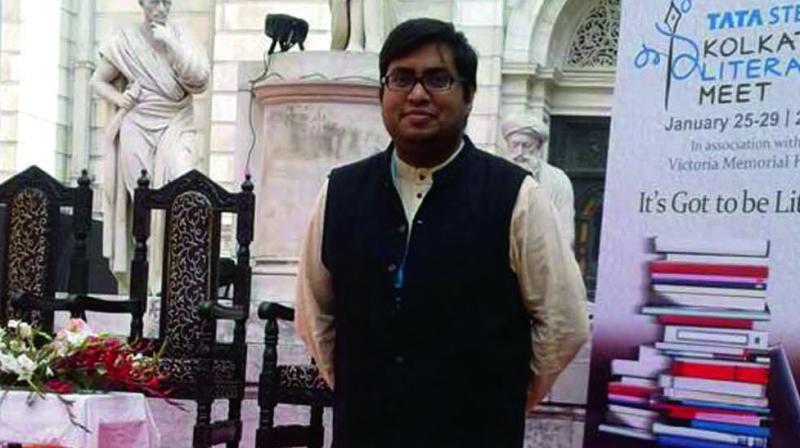 Better known as ‘Greatbong’, Arnab Ray began blogging about the idiosyncrasies of India and writing satirical pieces on Indian politics and Bollywood, while studying at the State University of New York, Stonybrook. His blog ‘Random Thoughts of a Demented Mind’ soon became viral. Even now, sitting at his home in Illinois, the author somehow manages to find an insight into the Indian psyche, which many political thinkers sitting in India miss.

Ask him about how he keeps abreast of Indian news, and he says, “Even though I have been in the US since 1999, I never left India. Besides US politics, which I religiously follow, I am pretty detached from everything else here, like baseball, football, and basketball. Actually, when I am in India visiting my family, I spend less time on the net and fall behind on Indian news. Once I get back to the US, I have to catch up.”

Indeed, it is not just politics that has stayed with Arnab, who says he has maintained most aspects of his Bengali lifestyle. “I live almost exactly as I would have if I had been in Kolkata. I eat mostly what I grew up eating. I watch the latest Srijit Mukherji and follow every aspect of Bengal politics,” he says.

Even his moniker ‘Greatbong’ shows Arnab’s affinity to his homeland, though he admits it was a friend in University who used it for Bengalis in general, since he felt they think too much of themselves. “When I was choosing a moniker for my blog, that was the first thing that came to mind. So, I went with it.”

From there, it was a smooth transition into the world of writing books. Arnab recalls, “I was approached initially by HarperCollins to write a biography of Mithun Chakraborty. Since I did not have the time to write a fully researched book on one of the greatest actors of our time, I proposed something simpler — to extend my blog into a book. That is how MIHYAP happened. This was followed by a number of books like The Mine, Yatrik, Sultan of Delhi Ascension, etc. My latest book The Mahabharata Murders, a serial killer mystery and a re-imagining of the Mahabharata set in today’s Kolkata, has gotten the most positive reader reaction.”

Though he has been living in the US for a while, the author feels one is only as connected or disconnected to one’s own country as one chooses to be. If one wants to be a part of an Indian or even a Bengali community abroad, it’s easy enough to find other expats to mingle with. “The ease or difficulty is purely a function of how many miles you want to drive and whether you have the time or the inclination to be a part of the local Bengali or Indian community,” he admits.

Having been born and brought up in Kolkata, Bengali culture was ingrained in Arnab from an early age. So, aside from being a voracious reader of books by Rabindranath Tagore, Narayan Gangopadhyay and Upamanyu Chatterjee, the ‘Greatbong’ also feels an instant connect every time he comes home to India.

“There is a bit of an initial shock every time you go back to India because you expect things to be as you remember. But once the brain readjusts, you fit right in,” he says, adding that while the US has taught him that ‘koi kaam chota nahi hota’ (no work is unimportant), home is where the heart is.