Solutions to the water crisis must be found before the earth reaches Day Zero. 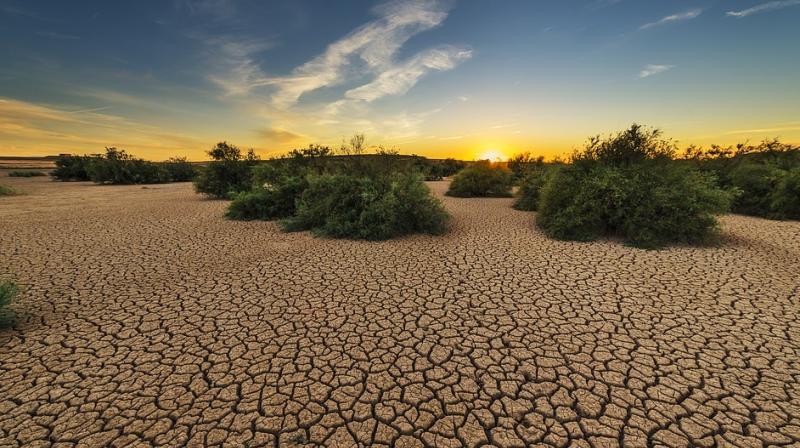 Our water systems are facing multiple problems- climate change is result in drought in one place and heavy rainfall in the next. (Photo: Representational/Pixabay)

Amidst one of the hottest months in recorded history, Chennai faced acute water shortage- the reservoir providing drinking water to 4.6 million people dried up.

This reservoir was India’s largest and when the news of it drying up spread, it shocked everyone. Authorities were forced to get water in by train by other parts of the country to sustain its people. Chennai’s plight is not an isolated incident. The water levels in various parts of the world have been dangerously low. Europe has been experiencing a massive heat wave and temperatures are rising as we speak.

Demand for drinking water is outstripping its availability and ground water is disappearing at an alarming rate. A report by World Resources stated that nearly a quarter of the world’s population, which is 1.8 billion people, live in areas that are extremely water-stressed. The report also states that the solution to our water systems failure is right in front of us and they need to be implemented before our reservoirs and aquifers are drained dry.

The team that compiled the report not only took into account the rainfall but also how the water systems are structured, rainfall availability, and other environmental factors to come up with the water-stress rankings, reported Earther.

The Middle East is home to eight out of 10 of the most water-stressed countries in the world. India comes under 17 of the “extremely high” water stress areas. An additional 27 countries have already been ranked which brings the tally up to 44 countries- which is a whopping 2.6 billion people living with water as a precious commodity.

Last year, Cape Town reached Day Zero when ground water ran out. The states of New Mexico and California in US too felt the pinch of water shortage. “We’re likely to see more of these kinds of Day Zeroes in the future with major, growing cities and water stress,” Betsy Otto, the director of WRI’s Global Water Program, said during a press call.

Our water systems are facing multiple problems- climate change is result in drought in one place and heavy rainfall in the next. Leaky pipes and overuse of water for agriculture are some places where water is getting wasted. “Beneath our feet, there’s a groundwater crisis we’re not even seeing,” Otto said. “Our underground savings accounts of water are being rapidly overdrawn.”

The solutions to these problems are evident. Design water reservoirs that can conserve rain water. Use it to replenish ground water in dry areas and capture the runoff in wet years. Set aside money to fix leaky taps and lead-infested pipes. Improve crop management thereby using less water for agriculture. These simple solutions can be easily implemented with a little creativity and political push. Do it for a secure future for you and your future generations.