Stand-up comedian Naveen Richard talks about his special ‘Don’t make that face’ which will be held in Kochi today, and more. 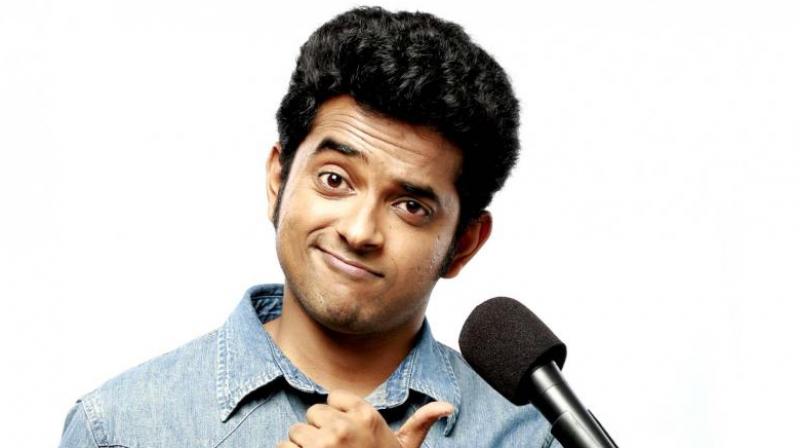 Naveen Richard says a slightly tired hello. His voice does not break into funny little sounds, nor does he start the conversation with a silly joke. If you think about it, life can be stressful for a stand-up comedian when everyone he meets expects him to be funny all the time. And Naveen used to do that, try and make people laugh constantly, act goofy all the time. He mellowed down over time when no one took him seriously anymore. Life has changed in more ways than one for this young man in the past four to five years. He now acts too old for his age. But as he climbs that stage he will once again become that silly fellow, for his one-hour special ‘Don’t make that face’.

“It is basically me acting silly for an hour, enacting everyday stuff, cooking and cleaning, talking about my growing up years when I was not very smart and was bad in Math, getting into trouble,” Naveen says.

He had grown up in Coimbatore and went to Bengaluru for college where he discovered his love for stand-up comedy. But Naveen had started off performing for a large audience joining the Evam Entertainment company, and that was scary. But he found a comfortable space for himself, making his humour observational. And for the special today, he’d bring a collection of these from over the years.

“I would act it out. Like how there are cows on the roads of Bengaluru and you need lion horns on your car. I would talk to my pressure cooker, or inanimate objects. The accent I use may change depending on where I perform. If it is Coimbatore, I may use a lot of da and dei. When it is Kerala, I’d probably use eda.” Naveen has a Kerala connection even otherwise. His mother is from Kochi and his parents live in Kothamangalam.

This young fellow has gone international with his web series Star Boyz that he does with Kenny Sebastian, another comedian with Kochi roots, and also Better Life Foundation, that’s just had a season launched on Youtube. He also had a stint on Comedy Central with Kenny. Naveen feels that Kochi will also get there, slowly. It has been the same story in Bengaluru, it took time for stand-up comedians to grow from five to 15 and more.