Sanjeev Pandey started his acting career with theater play, when he was only 16 years old. 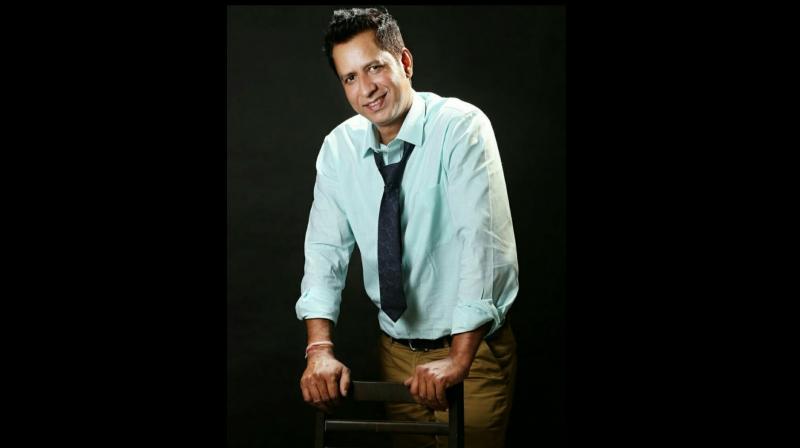 In the world of glamor all snort at success. Late or early, fast or slow, everyone wants to be where they imagined themselves to be. But is that really possible? Or are only the ideas sufficient to achieve that level of success? Well, for actor Sanjeev Pandey, the year 2020 seemed to be similar when his work was appreciated by the people.

Sanjeev Pandey started his acting career with theater play, when he was only 16 years old. Sanjeev Pandey, who came to Mumbai 4 years ago, after playing small roles in many films and TV shows, got the main character in the episode 'Dr. APJ Abdul Kalam' in the TV series 'Mega Icons' in the year 2018, in which he played the role of  Dr. APJ Abdul Kalam.The 'Mega Icons' TV series was telecast on the National Geographic TV channel.

After playing the role of Dr. APJ Abdul Kalam in Mega Icons, Sanjeev Pandey got a new identity in the field of acting and after this he did many serials like 'Yeh Hai Mohabbatein', 'Kasauti Zindagi Ki', 'Ram Siya Ke Love Kush','Manmohini', 'Paramavatar Shri Krishna' and others , where he played important roles.

The actor got an opportunity to play an important role in Manish Vatsalya's film 'Scotland' after working in several serials and web series, and this first film of Sanjeev Pandey was nominated for Oscar.

In a recent interview, the actor has revealed that he is also playing an important role in Abhishek Bachchan's film 'The Big Bull', which is being produced under Ajay Devgn's production. The actor says that the year 2020 is proving to be a special year for him as people are appreciating his work a lot.