The ‘Adventurer of the Year’ is a 29-year-old former rebel soldier who spent her childhood on the very testing terrain of neighbouring Nepal. 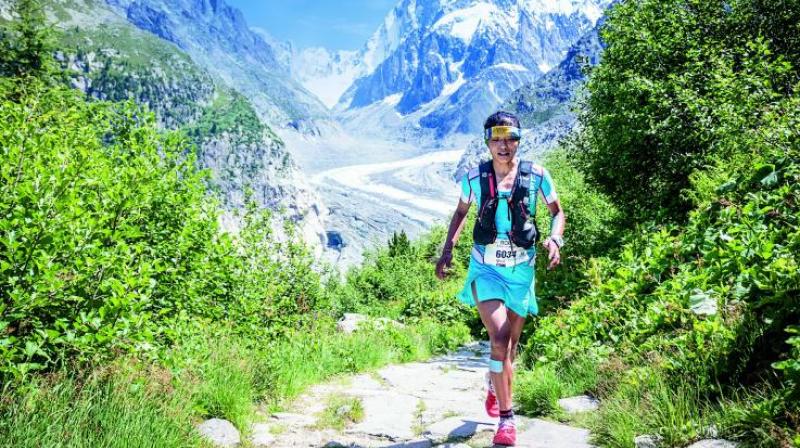 You have to be pretty awesome at whatever it is that you do for the National Geographic to pick you as ‘Adventurer of the Year’.   That title is given out by the magazine to 10 extraordinary people each year and the 2017 winner is a 29-year-old Nepali trail runner from the country’s elevated east. Mira Rai started off as the eldest of five children and by age 12, all forms of education had stopped. By 14, she was drafted by Maoist rebels — in exchange for $2 a day and necessities such as soap and a toothbrush. Two years later, she was back home. Fortunately for her, she had not discharged her firearm at another human being, even once.

But turns out, Rai was always built for trail running. The debut race happened by chance when she was invited to the Kathmandu West Valley Rim 50K. She won it. Rai had covered 49 km in gruelling Himalayan terrain and she had just turned up — without basic training.

“I never owned fancy shoes before I won my first race in Kathmandu. Now, after a couple of wins, I am fortunate enough to wear special shoes. But shoes shouldn’t be a limit. You can start with normal running shoes, that you find comfortable,” she tells DC.

Rai’s childhood made sure Nepal’s terrain became a part of her. As a footsoldier in the Maoist force, her company often walked massive distances under the cover of darkness without extended breaks. And the manner in which she describes home certainly makes you avoid taking that taxi. “I lived on top of a hill in Bhojpur in a house made from bamboo, mud and grass. My village is fun. You wake up early and you can see sunrise from the hills. You can also see Makalu Himal, Kumbhakarna Himal and so many mountain ranges clearly, from my house. I love running on trails. Gliding uphill, flying downhill. Play on the rocks, listen to the birds, waterfalls and breeze in the background. It is fun.”

Rai soon started taking part in some of the world’s toughest trail-running challenges.

“According to me, Nepal has some of the most challenging trails in the world but it could be all relative. In fact, before I started racing, I found all my races tough. My first Sellaronda Trail Race in Italy was hardest, because it was the first time I was competing in a foreign country and I had to prove myself. The Transvulcania race in Spain was equally hard... the Mont Blanc 80 km in France is hard too. But if you train well, you start enjoying any course irrespective of how tough it is.” And trail running is not your average flyover-conquering run. “Road marathons and trail running are both different sports requiring unique training. Road marathons are somewhat predictable in terms of terrain. Trail and mountain running can surprise a runner with ascents, descents, rocks, roots, wilderness, landscape which could be scenic, stunning and technically demanding... all at the same time."

Powering through all this, you need the lungs of a rally car and the constitution of a very determined mountain goat. It’s really not for people on two bags of crisps for dinner. Mira’s diet then is light, purpose-built for the terrain she calls home.

“I eat regular Nepali food. Dal-bhat (rice), tarkari (vegetables), chicken. I keep drinking water all day long. I can run the entire day if you keep feeding me at regular intervals.”

As she settles down with the new-found fame, Rai and her team are working on some big plans for her home country.

“We at Trail Running Nepal are starting a series of 10-12 short distance trail races in Kathmandu. Around the hills of Kathmandu is ideal, but then it is easy to go further towards the mountains and it just takes a little more time for travelling on rough roads to get there. The whole country has a network of trails as people are used to walking from village to village, so really it is ideal. Every hill and mountain has its own charm for a runner.”