Selfitis or addiction for selfie can pose fatal and such deaths can easily be averted with timely intervention and care, say experts. 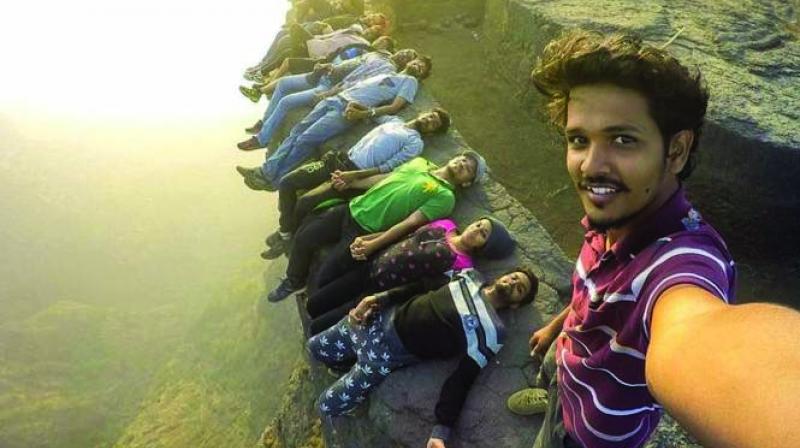 Doctors believe the craze for posting selfies has given birth to a new mental health disorder called Selfitis.

Surely not a worthy enough reason to stand out from the crowd, if that costs your life. India has reported the highest number of deaths worldwide during selfie shoots. Does it somewhere raise the issue of attention deficit?

A 2018 study report brings forth a data stating that between October 2011 to November 2017, there have been 259 cases of selfie deaths within 137 reported incidents globally, with the highest mishap rates in India which accounts for 60 per cent of the deaths followed by Russia, United States, and Pakistan.

But the increasing number of accidents is nothing new and not the only reason worth panicking.

Doctors believe the craze for posting selfies has given birth to a new mental health disorder called Selfitis. Chronic diseases such as obesity, diabetes, arthritis or cardiovascular diseases can be fatal if left untreated. Similarly, Selfitis or the unusual mania to click selfie even while putting one’s life at risk is equally dangerous if left untreated.

Social media addiction is being blamed for this. Unless, used in a responsible manner, social media can create much havoc to one’s life, say experts.

Commenting on this issue, Shibani Kashyap, a playback singer- composer and an active social media user shares, “I went through this dilemma some time ago. I used to wake up searching for my phone. The first thing I wanted to do in the morning was to go through social media updates. Earlier people had time for themselves. Now, one’s life is suffocated with the gadgets surrounding him or her. I have recently quit Snapchat as I felt that the addiction of these apps are dangerous.”

Dr Kalrav Mistry, psychiatrist, sexologist and de-addiction specialist explains how this addiction has turned into a clinically detected mental health issue. He says, “Early this year, a 20-year-old Indian student fell to his death while attempting a selfie at a rocky outcrop in Ireland. Then on New Year’s Eve, a schoolboy drowned in Mayurbhanj in Orissa when he slipped off the edge of a cliff into the waterfall while clicking himself. Days before that, an NRI studying in Australia, visiting home for a holiday, brushed against the high-tension wires on the roof of an electric train in Amritsar, while pulling a selfie stunt. This young man, who sustained 60 per cent burn injuries during the accident, is lucky to have survived. After a month-long treatment in hospital, he has gone back to Australia to resume his studies.”

Two days into its inauguration, Delhi’s Signature bridge saw three deaths. Two medical students reportedly fell off the bridge, while trying to take a selfie as they were speeding on their high-end KTM Duke bike. It seems one of the biker’s foot was allegedly caught in a stray wire from a streetlight which led to the dangerous accident. The bridge, that flaunts its engineering marvel has emerged as a site for daring selfies, where they don’t mind climbing even suspension cables to get the best shot.

So much so, Delhi chief minister Arvind Kejriwal expressed his concern through a tweet, “I appeal to all citizens, especially the youth, to exercise caution while taking selfies at the Signature Bridge and not drive fast on it.”

From climbing poles to posing for selfies on the parapet to performing bike stunts, people have been found doing it all. All for some attention on the social media.

Dr Mistry adds, “Unfortunately, it is not long before the unceasing pursuit for a better but more risky shot turns fatal for them. The the casualties from selfie stunts are so large that the Psychiatry Societies in the US and in India have declared the morbid fascination with selfies as an obsessive-compulsive disorder.” 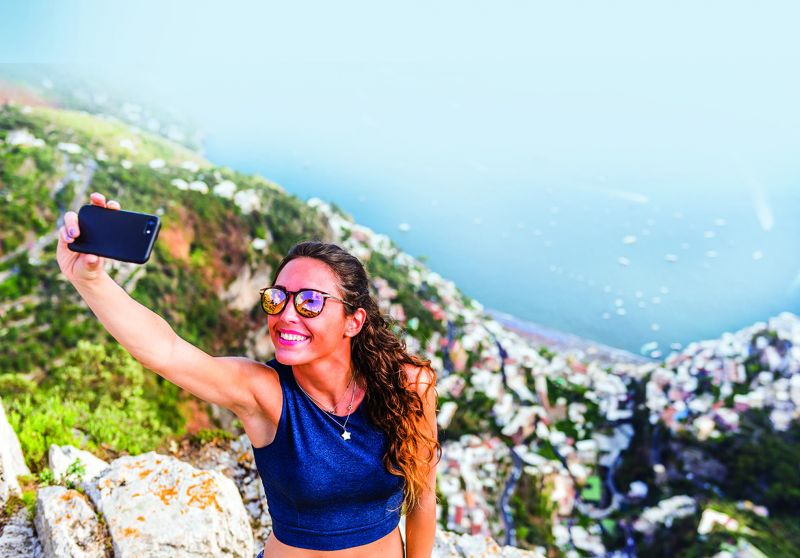 Selfitis, he explains, runs primarily among teenagers and those in their 20s and early 30s. But then what causes the initial curiosity for selfie to turn into an obsession? Is anyone who clicks a selfie, suffering from this disorder?

Rittam Majumder, a final year post-graduate student shares, "I believe in enjoying a moment. What is the point of showing off the whole thing if you yourself are not satisfied with a moment? Whether it is a restaurant or a flight or a movie theatre, any family-function or an exotic destination, I have noticed people indulge in capturing the moment for future utility and forget about the present.  Most of my friends come under the same category. I have a friend who starts feeling uncomfortable and awkward, if she does not post a selfie within a span of two to three days. It's becoming crazier day by day."

According to Dr Mistry, Selfitis is divided into three categories based on its severity among individuals. Acute Selfitis is a condition wherein a person clicks selfies at least three times in 24 hours but does not upload them. The next level is sub-acute Selfitis wherein the affected individual clicks more than 3 selfies and repeatedly uploads them on social platforms. And then comes chronic Selfitis, a condition wherein the patient experiences an uncontrollable/irrepressible urge to take selfies and upload them on social media, again and again.

"What makes these deaths the most unfortunate is the fact that Selfitis can be cured with proper medical intervention and family care. Selfie addicts need help like any other addicts. Friends and families have a proactive role to play in ensuring the victims get timely help and support. They should observe the behaviour of the affected individual and take him or her to hospital for a detailed evaluation and consultation," he concludes.