The ancient soul of humanity is revealed through a mesmerising dancetheatre performance. 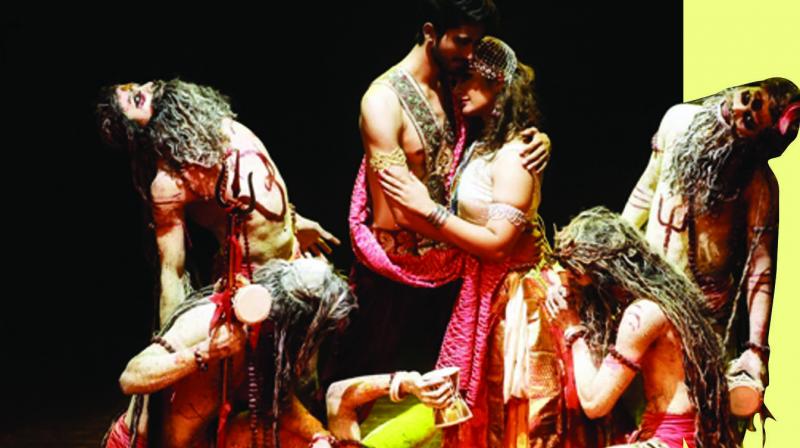 Still from the event

The debut production of TEC India, called Aaina, was recently showcased at Kamani Auditorium that dealt with the complex theme of ‘cycle of life’. The production left the audience mesmerised through its stunning dance sequences and innovative treatment of the theme. Aaina showcased the journey of humanity since ancient times through the perspective of a mirror, for the mirror has been the closest confidante for most people.

Composed of grand dance sequences, the show is divided into seven parts, each dealing with a distinct phase in the life of a human being.

It begins with the mundane, purposeless urban chaos and progressively moves towards a more aware, connected and conscious state of existence. It reveals the fire of darkness, while also dedicating a segment to the ecstasies of love experienced without any boundaries or taboos.

“With Aaina, we wanted to create a spectacle where people can get a glimpse of themselves,” shares Lalit Taneja, founder-director TEC India Entertainment and the brain behind Aaina. He adds, “In Aaina,  mirror is personified as the storyteller, but what it narrates is every human being’s tale.”

Conceptualised by him and Shivam Chauhan, Aaina brought together many artists, visualisers, choreographers, poets and dancers to give life to the concept. A blend of Indian and international dance styles has been employed in the production, including the mesmerising acro-dance forms. The entire background score of Aaina is original and composed specifically for this production.

“We were elated to witness the audience response to the production.

There is something for every human being to relate to in the narrative of Aaina,” explains Bhuppesh Taneja, managing birector of TEC India Entertainment.

After its successful debut in the Capital, the show is set to travel to different geographies, within and outside India.

If its Delhi experience is anything to go by, it will continue winning fans wherever it goes.