Fight for equality by US women footballers

American women footballers' class action is for all women in USA according to the lawyer representing the national women’s soccer team. 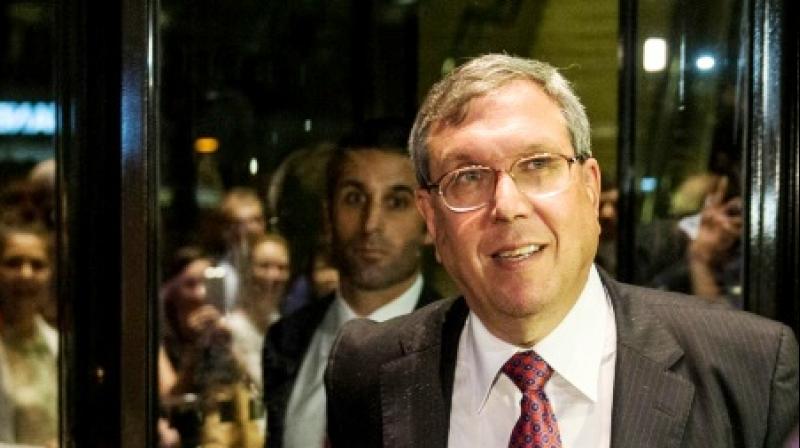 The US women's football team's class action will have wider implications for all American women, said their lawyer Jeffrey Kessler. (Photo: AFP)

Washington: The USA women football team's gender discrimination lawsuit against the United States Soccer Federation (USSF) will have ramifications for all women employed in the United States, their lawyer Jeffrey Kessler told AFP.

Kessler, speaking at the Sport Resolutions Annual Conference in London, said he was pessimistic of reaching an agreement before the US team start the defence of their title at the World Cup in France which gets underway on June 8. Kessler, who is co-chair of international law firm Winston and Strawn's antitrust/competition and sports law practices, said he had no hesitation in acting for the team, all of whose 28 members filed a discrimination lawsuit against the USSF in March seeking equal pay and working conditions to their less successful male counterparts.

"I embraced it," he said. "Actually to me it is just the type of case I want to win because of the impact beyond my immediate clients and it is the same reason the women want to do this case. They are not doing it just for themselves but for future generations as some of them will be retired when the matter is resolved. There is no question there is a larger context. There are a lot of implications beyond women's sport," Kessler added.

Kessler has represented among others New England Patriots quarterback Tom Brady, South African gender-row runner Caster Semenya and the now notorious double amputee 'Blade Runner' Oscar Pistorius in legal battles against sporting bodies. He said the team had been "surprised" to read that USSF President Carlos Cordeiro had been taken aback that the issue of equal pay had been raised.

Kessler said the matter pre-dated a 2017 collective bargaining agreement, which set an agreed contract structure, including guaranteed salary and benefits for the women players. "The USSF are very well aware they had not dropped their complaint," the 65-year-old American said.

"They had asked for equal pay in bargaining and the USSF refused. They were left with a choice of either accepting the deal for less equal pay and playing or work stoppage in the sport and they decided it was more important to play and pursue the legal claim separately, which is what they did."

Kessler says the facts of the suit speak for themselves. "It is the clearest case of gender-based discrimination," Kessler said. "They have the same employer, exactly the same job.  "The difference is the women indisputably are far more successful than the men not just in a competitive sense but also an economic sense.

"There is greater fan support, higher TV ratings the whole package is more valuable. Really it is not justified on any basis." Kessler says the women's complaints go far beyond money. "It is also about working conditions. They have far more games on artificial turf which is much more dangerous than grass," he said.

"They have not got the same accommodation or travel in the same class. "The USSF doesn't expend as much effort and time on the women's game." Kessler said the players had been nonplussed by Cordeiro's insistence that he would love to resolve the matter. "The players were very interested by that statement of trying to negotiate a solution," said Kessler.

"They had absolutely tried that, inviting them (USSF) to have talks but they have yet to make a single settlement offer to the players. "It is very difficult to have a settlement without a settlement offer and so, again, there is a big difference between public statements and what has actually happened."

All this leads Kessler to conclude that the issue will not be resolved any time soon and that it could end up in court sometime next year. However, Kessler believes the USSF could do their image no end of good by conceding sooner. "If I was the USSF I would agree to the principle of equality," said Kessler, "They have the money to afford it."

"They can embrace the issue and with the World Cup looming, it would be very positive for the organisation. But they don't seem to see it that way," Kessler concluded.