A tribal women’s initiative in Aarey Colony aims to spread the word about the ongoing aarey Forest crisis. 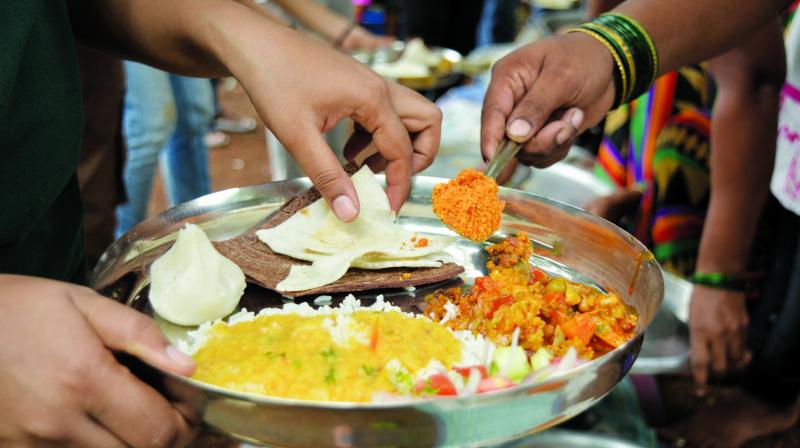 As the city folks are celebrating Ganeshotsav in full fervour, along with the incessant rains, the news of BMC’s approval of cutting 2,700 trees in Aarey Forest is dampening the festive mood. As citizen’s movement for saving Aarey is in full throttle, a community of tribal women from Aarey have come together to sell modaks as a way of bridging the rural-urban gap in these dire times.

As a part of an initiative called Tribal Tadka, women from padas of Aarey Colony have been taking pre-orders, preparing ukadiche modak, a traditional Maharashtrian style of streamed modaks, and selling in the suburbs of the city. For Cassandra Nazareth, who founded Tribal Tadka under the aegis of We Will Help Charitable Foundation, this functions not only in generating earning for the tribal women but also in spreading the word about the looming threat of deforestation among the city folks. “While the communities in Aarey are my primary focus, the thing is that we will not have communities in Aarey if we don’t have the forest. It goes hand in hand,” says Cassandra about the initiative that has made sales in Goregaon, Yari Road, Amboli and Borivali, and has already pocketed close to `12 thousand this season.

However, selling modaks are just a seasonal venture for Tribal Tadka. Founded four years ago, the organization, spearheaded by Cassandra, has been conducting tribal lunches for Mumbaikars as a means of sustaining tribal women in the padas. “The Tribal Tadka is a women empowerment initiative to give these women some kind of an income and livelihood. Some of these women have not even gone beyond Goregoan station or Marol Naka. So, I knew if people would come when these women cooked they would end up earning something,” reveals Cassandra, who has been fondly nicknamed as ‘Cassie Bai’ by the children in these villages.

The menu for these elaborate lunches include a full spread of simple tribal delicacies like fried bombil, bharli vangi, thechas, chicken curry, rice, daal, vegetable, salad, sukha javla, and modak among others. Moreover, the earnings get a boost with makeshift flea market set up at these lunches where visitors can buy products like bags, quilts, thechas, laddoos, and other craft items made by these women. In some instances, the surplus earning along with the help provided by the attendees has enabled some of the villages to getting toilets, smoke-free choolahs, and wheat grinders among other things.

Hosting these lunches have not only a given a taste of tribal culture to the Mumbaikars, but have also enabled the tribal women to have access to the ‘outside’. Surekha Somesh Burkud, one of the hosts from the initiative, recounts how she had always remained in the periphery of Aarey forest but within four years, she had travelled ‘all the way to Dadar, Bandra, and Andheri.’ “Earlier, we didn’t interact much with the outside world. Now, we go and talk more, explore more and get to know how life is outside,” says Surekha, a resident of Khambacha pada in the Aarey Colony. She further draws to her roots, and advocates for cancelling the MMRDA Metro Car shed project as she along with other tribals of Aarey have been ‘the foremost residents of the place.’ “Metro toh nahi mangta hai hum logon ko. (We don’t want metro). We are also farming in that area, and we don’t want our clean naturally sourced water to get polluted. When the metro will come, they will build more, and the forest will get more polluted. We will also then have to get a room in the slum. We have been living here since always, we might just have a mud house, but it’s our house,” concludes Surekha.