Worker found that the tank holding Octavius, the aquarium's sole octopus resident, was full of tiny particles that looked like confetti. 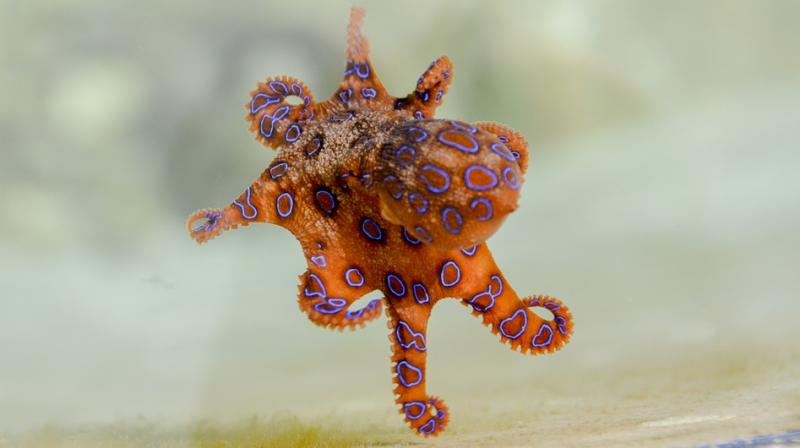 Upon closer inspection, he realised they were something quite different --thousands of baby octopuses.

A curator at the UGA Marine Education Center and Aquarium and Savannah, Georgia revealed the shocking moment he realised one of his octopus charges had been given the wrong sex.

According to MailOnline, Devin Dumont found that the tank holding Octavius, the aquarium's sole octopus resident, was full of tiny particles that looked like confetti. However, upon closer inspection, he realised they were something quite different --thousands of baby octopuses.

Speaking about it to Savannah Now, he said that he noticed a cloud of moving dots and realised that the octopus had babies.

Aquarium staff did not know that Octavius was female.

According to Dumont, he then began to scoop out the tiny hatchlings and placing them in buckets.

Some of the babies are being kept in nursery tanks and in a research lab but they are unlikely to live for long because baby octopuses rarely survive in captivity.

Regardless, for the time being, the aquarium has gone from having just one octopus to having tens of thousands of them.

Unfortunately, the birth of Octavius' offspring spells the end for the cephalopod because females of her species, Octopus vulgaris, typically die after giving birth.

Octopus mums are genetically wired to use all their energy to protect their babies from predators.

Even though there are no predators in the aquarium, she will guard until the last of her eggs has hatched and then die.