In a talk, documentary filmmaker Saba Dewan is all set to introduce city dwellers to the lost world of Tawaifs. 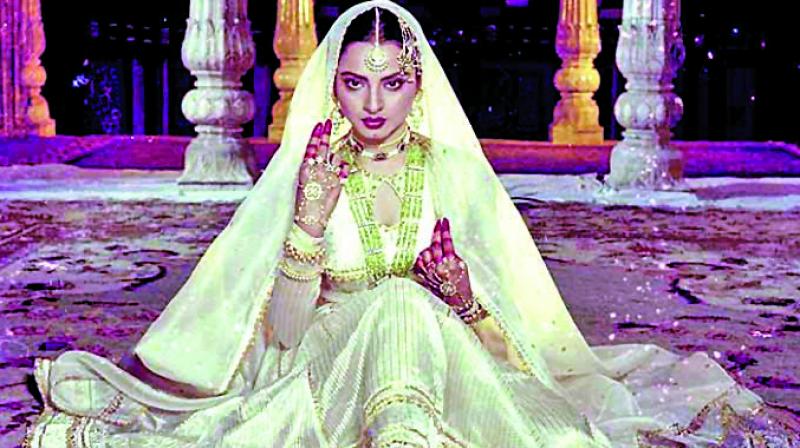 When filmmaker Saba Dewan was introduced to the Tawaif culture, she could not help but get intrigued by it, so much so that she ended up making a documentary film on them titled The Other Song. That was in 2009, and 10 years later, Saba ended up publishing a book, focusing on the same community. The book titled Tawaifnama gives you a peek into the lives of the courtesans and also shines a spotlight on their contribution towards our culture.

The filmmaker-author will be in talks with fellow filmmaker Paromita Vohra, in a conversation titled In Search of the Lost Worlds of Tawaifs. Talking about the lost community, Saba says, “Tawaifs were a community of women in northern India, who were very accomplished musicians and dancers and were also highly educated. They were very cultivated and were companions and lovers to men of the local elite. And it’s a lost world because Tawaifs don’t exist anymore, there is hardly any practising tawaif anymore.”

A curiosity to understand the history of middle-class women brought Saba to the Tawaif’s doorstep. Intrigued by their culture, she began researching more. Reminiscing about her journey, Saba says, “My interest in Tawaif culture began way back in the early 2000s because I made a film about them. I found them of interest because of their lifestyle and sexuality. They represent a mission of a relatively autonomous lifestyle and their customs were centred around the importance of women. So, there was a glimpse of a certain kind of femininity that interested me.”

The documentary involved a lot of research, but it was not possible to fit into a two-hour film, and hence she decided to pen down everything she knew about the community and also share her experience while making the film. But writing a book is a completely different challenge and once she started, Saba realised she, “ needed far more research” and the journey to gain more knowledge began.

Tawaifs were a major part of the country’s history, especially during the Mughal era. A plethora of Bollywood films, including Devdas, Amar Prem, have depicted them, but only a few have managed to justify what the community stands for. “Films like Muzaffar Ali’s Umrao Jaan, or Pakeezah and then Shyaam Benegal’s Mandi — these three films portrayed Tawaif culture in a more authentic manner. But other than that, the more regular portrayals have very little to do with actual Tawaif or the culture associated with it.”

Quiz her about how deep her book dives into their culture, she responds, “The book looks at them and holds them up. It points out their immense contribution made especially towards art, music and dance. It also focusses on the way they were stigmatized, pushed out from public spaces and the need to acknowledge their contribution and the making of their culture.”

The talk is not just about the book or the community but how it impacts us and how their culture is still relevant. “It would be an interesting talk on issues related to gender, sexuality and art practice,” Saba concludes with a smile.

The talk is scheduled for December 8, 5 pm at Dr. Bhau Daji Lad Museum