Meanwhile, his latest track, The Chamiya — in collaboration with singers Shakti Mohan and Rimi Nique — will be launched on Saturday. 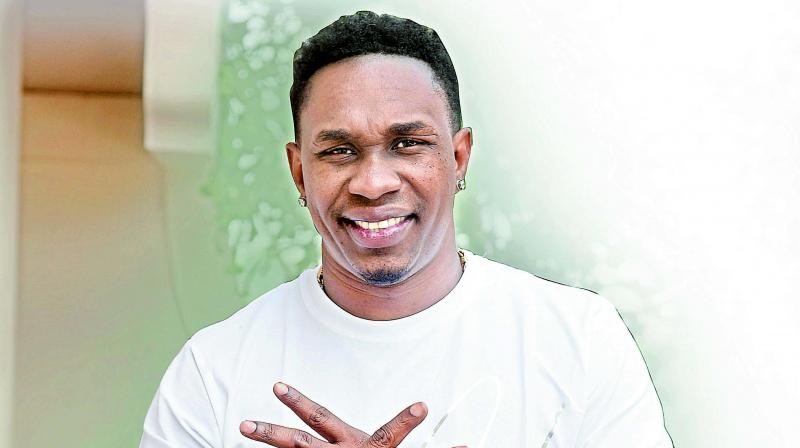 Former West Indies cricketer Dwayne Bravo seems to have switched over from cricket to music effortlessly and was in the city to perform at a concert on Friday night. Meanwhile, his latest track, The Chamiya — in collaboration with singers Shakti Mohan and Rimi Nique — will be launched on Saturday.

“It’s always great to be here,” says Bravo, adding that this is his second visit to the city this year. “But both times, I came here for music. I like the city’s vibrancy and have played here quite a few times during the IPL too,” he shares. While he managed to catch up with his cricket pals during the T-20 match between India and West Indies on Friday, Bravo is quick to add, “One of my best buddies, Ambati Rayudu (who also plays for Chennai Super Kings in IPL) is from Hyderabad and of course, the best biryani also comes from here!”

For someone who was born and raised in Trinidad and Tobago, Bravo states that music comes naturally to him. He has given several performances around the world and released several tracks, with The Chamiya being his latest one.

“On the field too, whenever I pick up wickets, I naturally celebrate by grooving on the field,” he reveals with a smile, adding, “There’s Soca music, Calypso music and Chutney music, which is sung by Indians in Trinidad. Coming from the Caribbean, music forms a big part of our culture.”

Bravo admits that he feels most comfortable performing in India. “I keep travelling throughout the country to spread my music. The love I get from fans is heartening; it sort of gives me a high and pushes me to do better. Be it music or cricket, fans turn out in large numbers to cheer and support me,” says one of the best T-20 cricketers in the world.

Interestingly, after having played cricket for more than 15 years, Bravo retired from international cricket last year. “Playing cricket was my childhood dream, and I am blessed to have represented my country for several years. It’s been an amazing journey. I got the opportunity to meet people from different cultures, and I realised that sports can unify people. In fact, sports and music go hand-in-hand,” he says, adding that life after retirement has been good, and that he now has more time to do his favourite things — like music. However, in a surprising revelation, the all-rounder adds that he may come out of retirement soon. “I feel I still have a few years of cricket left in me and I want to continue playing T20 and win games for my country” he says.

Bravo states that music has had a huge influence on his life. “I live a simple life, but I never travel without my iPod and headphones. I also travel with aspiring artistes who can sing. So music has had a calming influence on my life. In fact, I am the only player whose songs are played in the stadium. Succeeding in both cricket and music has been very gratifying,” says the multi-talented Bravo, who has even tried shaking a leg for some Bollywood numbers.

“But dancing to a Hindi number is quite challenging. Only after I got the hang of it, things were smooth sailing; you just have to know the lyrics,” describes Bravo, who is all game to debut in Bollywood. “If the role is good and suits my image, then why not?” he asks with a smile.