SL indie hip-hop artiste Hustler Bhai opens up on the hip-hop scene in the island republic, what it means to be a rapper in Sri Lanka, and more. 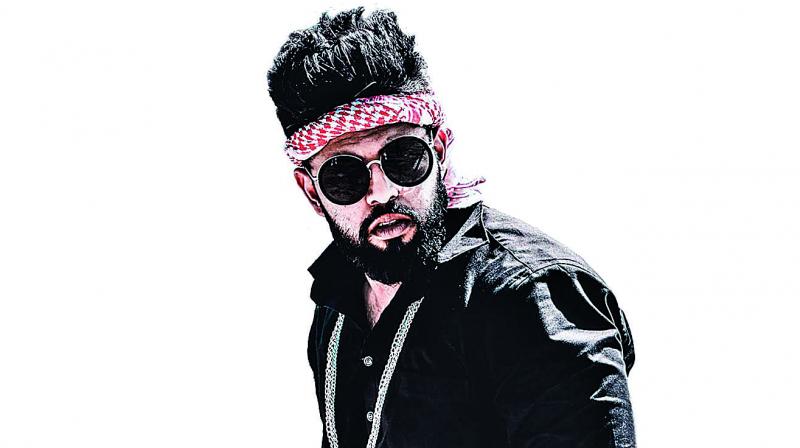 Sri Lankan indie hip-hop artiste Hustler Bhai opens up on the hip-hop scene in the island republic, what it means to be a rapper in Sri Lanka, and more.

In Sri Lanka, the Indie hip-hop scene lacks support from the media, but it is getting more popular, according to Hamdaan Hassan, the Sri Lankan rapper who goes by the name Hustler Bhai.

Hustler believes Sri Lankan artistes are going through the period India was in a few years ago. “Thing are now going well for artistes in India. The film industry there has started giving a hand to Indian rap artistes. Here, there is no lack of talent but we need more platforms to thrive,” he claims.

Speaking to DC, the rapper was philosophical about insufficient support. “After all, rap in every part of the world started off like that. Even in USA it started underground. Ghettos were the breeding grounds for this genre of music. It takes time”, he said. “In neighbouring India, Indie rappers were struggling to get a grip on the popular music industry just a few years ago”, he noted.

Though Sri Lankan artistes were not getting the kind of support that other genres got, the Indie hip-hop scene on the island was relatively large, he said.

While ruing that the media was not giving indie artistes much space, Hustler however said the “BBC Asian Network gives us big support. They have already played some of my songs in Ashanti Omkar’s Radio Programme.”

Quizzed about his style, he says “I try to blend traditional and international music seasoned with the right instruments. I was never afraid of making new genres like Hip-hop, RnB, Metal Rap, etc.”

Talking of artistes who have inspired him, he gives special credit to Harsha Fernando (known as Black Hunter) who brought him into the industry (2015), and Amila Wickramasingha (Jaya Records) who master-minded his first Mix tape recordings (2015).

Pursuing his music dreams Hustler came up with his first single “Sallalayo” produced by Ayeshmantha (Mouth Beats) and every combination the pair made was a successful record.  He’s been associating with overseas artistes, especially from India, Nepal, France, Germany, Syria, UAE, Maldives, Malaysia and Jamaica, and hopes to work with Indian artistes soon.

Hustler’s much-celebrated work “Rowdy” has just crossed one million views on YouTube and he is hoping to repeat the success with his all new songs - Race and Monster-KGF.