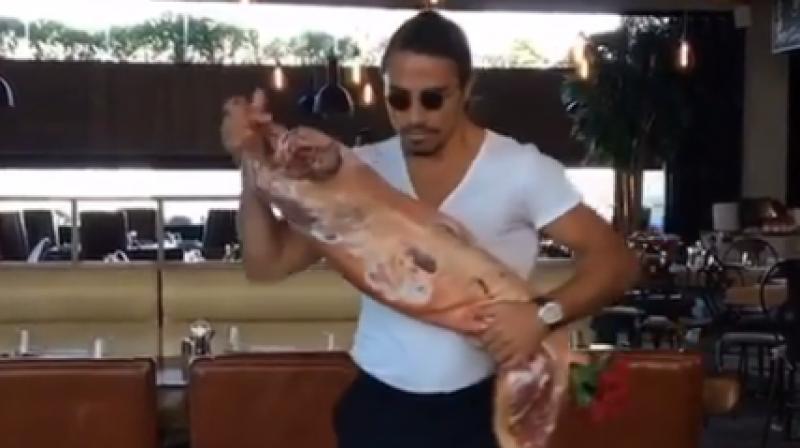 Nusret Gökçe new video on Instagram has him dancing with a headless calf before removing a rose bouquet out of its rear. (Photo: Instagram)

It is not often that you become famous for the way you sprinkle salt but Nusret Gökçe or ‘Salt Bae’ as he is fondly known has seen fame for it. The Turkish chef now has a new video which has food but more theatrics and they are weird. The video has already gone viral since he posted it on Instagram with over 4.7 million views and it is nothing like you expect.

According to a report in the Metro, Nusret is taking his love for meat by doing a lot more in the video than just salt it. He has brought the whole meat to the table rather than slices; the headless lamb is a good sight but what he does next is quite different. The chef dances with the headless calf in his hand to ‘I Love You Baby’ before he places it down to remove a bouquet of roses from the animal’s rear.

While he has stuck with his suave movements, this video is certainly too weird to imagine at a chefs table and especially from a chef who knows how to slice and sprinkle his meat with such style.