Recently in India, Newkirk talks about her new book, journey and how PETA aims at creating world free from pain and suffering. 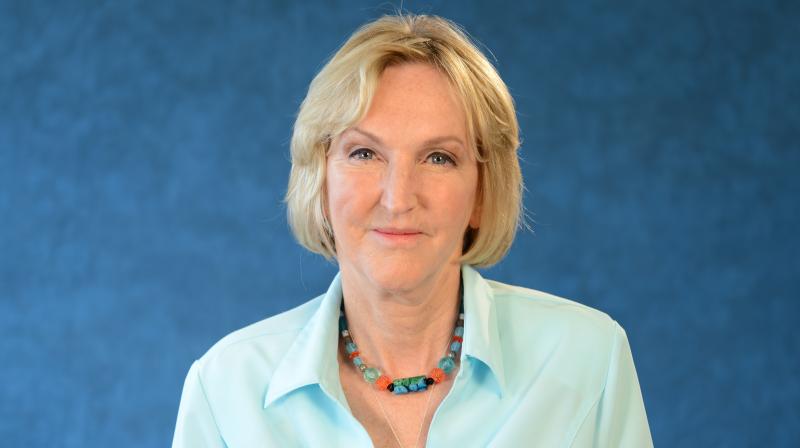 Ingrid E Newkirk, founder, PETA India was recently in the country to deliver a written appeal for a ban on elephant rides to the Ministry of Tourism on behalf of animal lovers from around the world. (Youtube Screengrab/ PETA)

At almost 70 years old, she says that being vegan and being active to help animals has increased her sense of purpose as a human being who tries hard not to contribute to the sum total of suffering in the world. She would rather alleviate it wherever and whenever possible.

Ingrid E Newkirk, founder, PETA India was recently in the country to deliver a written appeal for a ban on elephant rides to the Ministry of Tourism on behalf of animal lovers from around the world.

The move followed a letter written by Hollywood legend Anjelica Huston calling on the Ministry to support a ban and a series of print ads featuring Bollywood star Neil Nitin Mukesh urging fans to say no to these cruel rides.

Newkirk also met with those involved in the sugarcane industry to promote the humane transition from using exhausted bullocks to using efficient tractors. She also spent time researching her new book A World Without Animal Slaves, which will cite many of the compassionate changes that have been made in India and throughout the world for animals.

In a candid conversation with this correspondent Newkirk said that above all, her visit to India was like that of a tourist, who bore with her “signatures of 85.5 thousand other tourists” who were horrified to see videos of elephants being beaten at Amber fort and in other temples and wanted the government to ban the old form of entertainment.

Newkirk was delighted that the fort incorporates golf carts now.

The founder and author was also interviewing everyone she met, from brick kiln owners and rural sugar cane factory owners to clothing retailers and foodies about  future where mechanization replaces overburdened working animals.

“The future is in animal and human liberation,” she said, adding, “It's all very exciting.”

Reminiscing behind her motivation to start PETA, Newkirk said, “I love India and have so many Indian friends that I promised - when I was 16 - that I would always help animals and come back to help animals and poor people in India one day.”

PETA India and its other affiliates, according to her, are just extensions of her vision who try, in an all inclusive manner, towards making the world a better place for humans and animals alike.

So has the organisation achieved all its goals?

Newkirk elaborates, “Much like fighting for world peace, you will never fully achieve your goal. The goal has to be to make people more aware, open their eyes and their hearts, and encourage them not to blithely go through life but to use their power as consumers, parents and good citizens.”

PETA, Newkirk believes has been instrumental in stopping some violent habit in people through their campaigns. Be it curbing abusive laboratories and switching them to non-animal modern research methods, rescuing countless animals with injuries from autos, replacing donkeys with tractors in brick kiln's, and stopping retailers from offering angora wool which comes from live- plucked rabbits, Newkirk’s animal rights organisation has been able to achieve some milestones in their arduous journey.

In India to work on her new book A World Without Animal Slaves as well, the author said that the major object of her book is to elaborate that technology and the use of nature's bounty now makes it ridiculous for humanity to continue enslaving animals.

“The world will be happier, kinder and a more charming place without human domination of other species who we now know without doubt have emotions, relationships, and the desire for freedom from pain and suffering,” she elaborated.

She also added, “A major part of the research is animal behavior which people should know about, how clever they are, how their talents often far exceed human talents. Animals have circumnavigated the globe before man did, built nests without fingers from leaves, built bridges with their own bodies; they astound us once we know how complex they are!”

While the journey has always been tough and there still is a long way to go, Newkirk believes that the youth now-a-days are a great help because growing up in an Internet age they see so many wondrous things about animals and they see their options to choose something kind instead of something cruel.

“They are teaching adults how to behave towards the animals,” says Newkirk, adding, “And we see everyone from sweepers to Bollywood stars changing animal abusive habits and advocating for animal rights and veganism.”

“But it is a high mountain to climb as exploitation and disrespect has been the norm for years,” she adds on a cautious note before concluding, “There is a lot of work to be done! But we are up to the task.”