She has taken great strides to give children a reason to smile with her organisation. 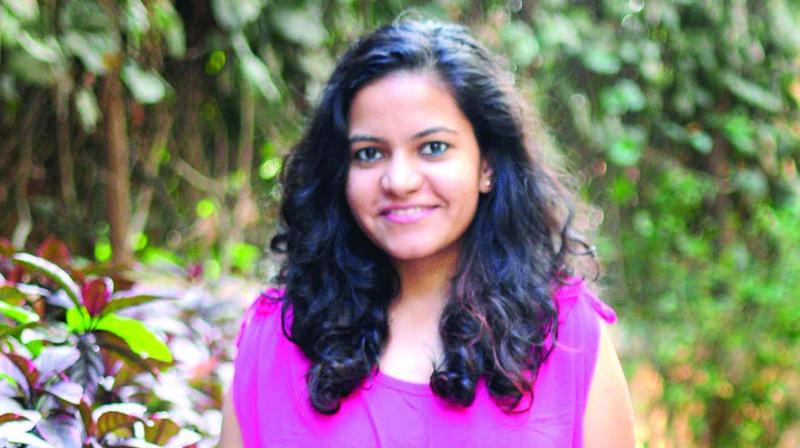 In a country that grapples with poverty and disparity of resources, it’s sheer irony that ‘unseeing’ rampant social evils around us have become a norm. But, Gloria Benny, a Bengaluru-based social entrepreneur, decided to break away from the conventions — only to be one of the co-founders of the largest running Indian non-profit organisations, Make A Difference (MAD). Fast forward a decade, and the enterprising lass is still going steady — with another social venture, Guardians of Dreams, an NGO that ensures positive adult outcomes for children living in orphanages and shelter homes across Bengaluru, Ernakulam and Chennai districts.

“Being exposed to children living in shelter homes was the turning point. It was evident that many shelter homes were struggling to run effectively due to lack of resources, lack of information and systems; and as a result many children who lived in such homes had a slim chance of achieving positive adult outcomes. The social injustice meted out to such children and the belief that if more people dedicated time and effort to finding a solution to this problem, we had an actual shot at solving it; made it an obvious path for me,” enthuses Gloria, who  was barely a 20-something when she luckily did well with her first innings, MAD, having operated across 77 shelters and 23 cities. “MAD worked out because of a bunch of volunteers who went against all odds to teach and empower the underprivileged kids. Sujith Varkey, Aditya Surneni, Mekha and I started out with nothing — not even a well-crafted plan. I guess it was purely our persistence that paid off. While the whole idea was indeed an eye opener as it helped u realise what taking a few hours off to help someone could do,” adds Gloria.

The entrepreneurial bug has bitten many, but making a mark is no easy feat. The bumpy ride has not dampened her resolve. “The truth is I did not intend to do anything different at an early age. I only wanted to be dedicated to whatever I took up. It was an early experience of interacting with children in shelter homes that made me realise what it was I wanted to dedicate my time and effort to. I love working with children but for the longest time I didn’t see it as a profession, I would pursue. Starting up my second organisation at 30, has been a privilege. Even the bad days have only brought me closer to what I’ve always wanted. You have the wisdom of doing many of these things while running your first organisation, at the same time, you’re young enough to still take risks and put out ambitious plans. The response has been great. The development sector is evolving quickly and with many renowned people entering the space, it’s becoming more innovative and ambitious. It’s an exciting time to be starting up again,” she adds.

Armed with a Bachelors degree in commerce, Gloria quips how she’s least regretful about giving the ‘9-5’ a short shrift. “I did my bachelors in commerce. Then worked with Google India Pvt. Ltd in Hyderabad for five years before making the shift into the social sector. What I studied and what I’m doing now, have little in common,” says the activist.

Work aside, the outdoorsy enthusiast lets us in on her other interests. “I love to run. I’m a marathoner. I also like travelling, and love interacting with people to get varied perspectives. Simply put, I’m an explorer — of ideas, places and just about anything that catches my fancy! My second love is yoga,” signs off Ms Benevolent, who appears to have more clarity about what’s on the cards, this time around, “Improving the quality of childcare and bringing sufficient focus/attention to the childcare sector is the goal. In order to achieve this, my focus will continue to be on building a strong foundation through work and off it.”