Turtle with six legs and two heads found in China

Researchers said that the changes were a result of genetic mutation in the turtle which are also seen in humans. 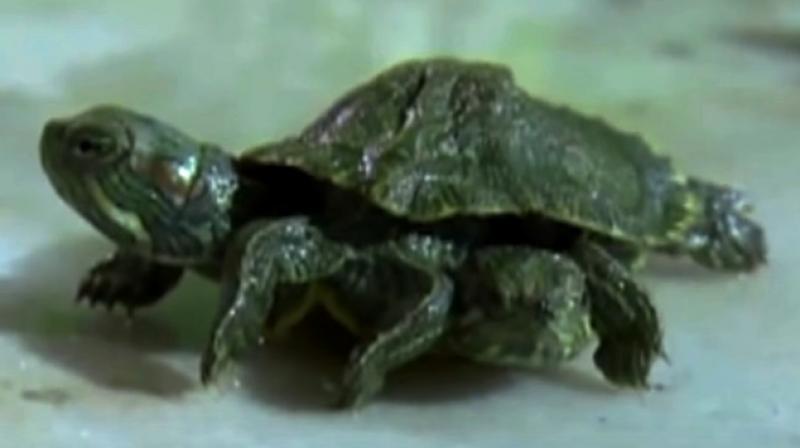 Beijing: Science has been able to introduce mankind to several weird and fascinating species over the years, and several more are emerging and gaining popularity in the digital age. While animals being mutated may have been portrayed as monsters in movies, a turtle with two heads and six legs is the centre of everyone's attention in China.

The mutated creature was found in a fish and flower shop in China’s Shanxi Province when the owner spotted it after returning from the market with a box of Brazilian turtles. People have been glued to this three-month-old turtle which moves like any other turtle.

Researchers from the Shaanxi Provincial Institute of Medicine and Life Sciences called the condition abnormalities resulting from genetic mutation, something also seen among human beings.

People have been flocking to the shop for catching a glimpse of the turtle which has captured everyone’s imagination.