The mannequins on display recording the progression of his fashion through the years had us spellbound. 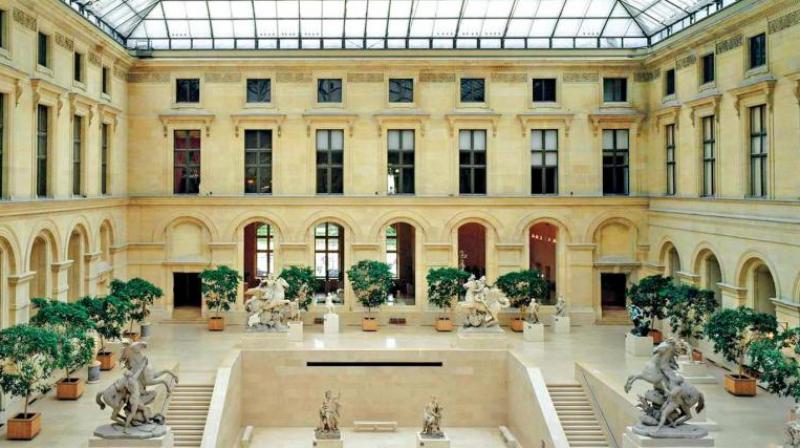 “The most beautiful clothes that can dress a woman are the arms of the man she loves. But for those who haven’t had the fortune of finding this happiness,  I am there.”  These were the prophetic  words  uttered in 1964  by an aspiring designer named Yves Saint Laurent. YSL more than  lived up to his prophecy and with a few other legends became the raison d’ etre for Paris to reign in the intensely competitive  world  of  haute couture.

My friend Fiona and I had walked  down  the Boulevards and Avenues  of Paris and watched the world go by. Be it the  jaunty angle of a beret  perched  on the  head of a passer-by or the woollen scarf looped artistically around  what could be a swan-like neck….. every Parisian has an innate sense of style. Paris is indisputably the fashion capital of the world. It  was  therefore with a great sense of expectation that we visited the recently open YSL museum,  the brainchild of the Yves Saint Laurent Foundation. Once we were indoors in the comforting warmth of the museum, we deposited our long coats, caps and scarves in a locker. 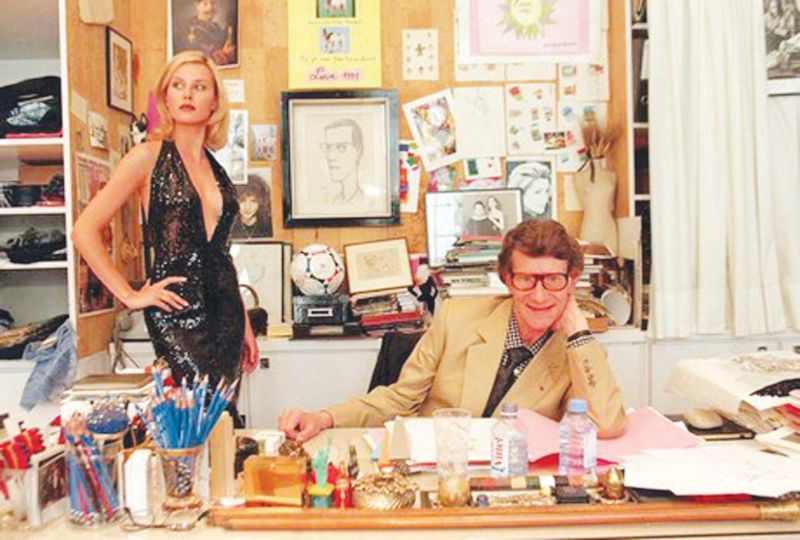 We then began our in-depth guided tour. As we were ushered from room to  room,  YSL, the man and designer, morphed into a personality  larger than life. The mannequins on display recording the progression of his fashion through the years had us spellbound. The distinct Moroccan and Indian influences  in his styles were so apparent.  A stunning creation was a long evening ensemble known as  ‘Bougainvillea’. The ‘Bougainvillea’ capes pay homage to the luxurious Moroccan gardens YSL loved so much. On my return, I looked  at the  humble bougainvillea in my  garden with new respect. I now   gaze  at my magenta hedges in full bloom for inspiration!

In the photographs and audio visual we see  YSL progress from an earnest young man with a piercing gaze listening avidly to his mentor Christian Dior to reaching   the zenith in the world of haute couture. We even saw the great designer’s workplace which is in ‘as is where is condition’. I could  visualise YSL in creative mode at his worktable.  What a morning, gaining insights into YSL’s  world. It is  a brilliant exposition of  his  work, his life and times  captured for posterity under one roof.

After this absorbing morning we decide to travel back in time and visit the Musee du Louvre which no art lover can tire of. This was my third visit and the first thing we did was to get our set of headphones.  When the audio came on we were  ready to go …from one long room to another. My favourites are  the works of Eugene Delacroix. The sagas behind these works of art had one engrossed in the commentary. Art lovers can spend hours and hours admiring the sculptures and paintings in the rooms and courtyards. Of course, the biggest crowd puller is the painting and story of Mona Lisa. The lady with the enigmatic smile. I bought  a notebook with this timeless picture on the cover …Vive da Vinci!

The cafes and restaurants in Paris are bustling delightfully with activity.  My favourite dish every day for lunch was le canard … duck, well done, of course, much to the displeasure of the Maitre d’. But then the world over the customer is king, n’est ce pas?

During my cab ride to Charles de Gaulle airport to catch my flight home I had  a flashback of an incident  when I was 18 years old. My late  father had agreed to send me to Sorbonne University as I had done extremely well in my first semester at Alliance Francaise. My dad  had business associates in Paris and so he was reassured about his only daughter’s well- being in a foreign land. However, my mother decided to play spoilsport, pronouncing: “If we send Minnie to Paris, she will marry a bearded Frenchman and never come back”. Touche.