Is the LGBT community safe in our society? 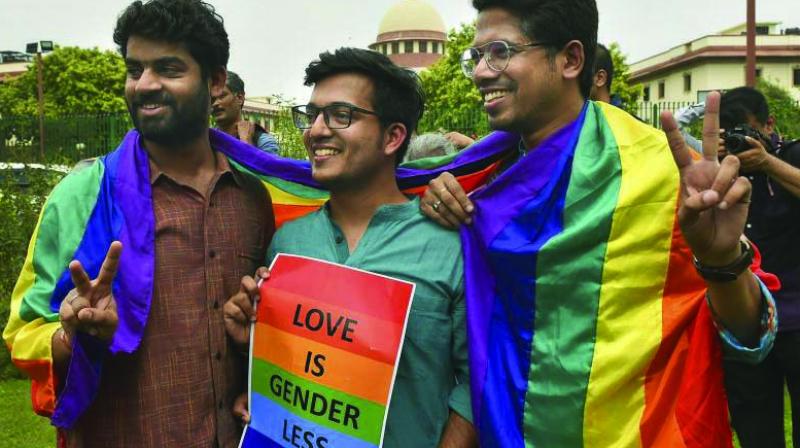 Though many countries have claimed to adopt a progressive approach on the LGBT community, the fact is, they haven’t. The world was in shock when the Kingdom of Brunei framed a law which makes gay sex and adultery punishable by stoning to death. Earlier, Brunei faced a lot of protest in 2014 when it became the first country in the region to approve Sharia law, an Islamic legal system which outlines harsh physical punishments. According to Brunei’s Prime Minister, the country has always been practising a dual legal system, one that is based on the Sharia law and the other, on common law.

In India, the Supreme Court legalised gay sex six months back, a ruling praised by people across India. Many of the cafes and bars in India have become LGBT-friendly. However, members of the LGBT community say that though the law is approved, the public mindset hasn’t changed. Many members of the community urge for their right to marry and adopt kids. According to Kiran, a transgender, they refrain from attending functions and visiting certain places for fear of an attack. According to a survey, India is the world’s most dangerous country for women. Recently, a 35-year-old transgender named Shalu was found dead on the roadside in Kozhikode. However, her family refused to take her remains to their native place in Kannur and perform her final rites.

Isn’t the new law implemented by Brunei a clear case of human rights violation? Though law has come in support of the LGBT community in India, are they still safe in our society? Should the government take steps to make their lives secure?

Laws are to be obeyed
Brunei’s acceptance of Sharia as the law of the land is scary in the 21st century. This implementation might encourage other nations to follow the suit leading to a grave miscarriage of justice on a larger scale. It is not to be forgotten that there are many countries that provide equal rights to its homosexual citizens, but socially it is still a torture and there are countries that have life threatening laws for gay sex, but no one gets punished due to its social acceptance. For example, countries like Pakistan and Afghanistan where bachha bazi (a slang for sexual activities done by older men on younger men) is quiet common, and no one gets prosecuted. In India, transgender people are still raped or even burnt to death, gay couples being attacked by goons or even killed for honour. I believe it is important for a society as a whole to support each of its members. I do agree that the government needs to make stronger laws for providing protection to all its citizens, but before that it should make sure that everyone religiously follows those laws.

It’s Brutal and inhuman
There is no excuse for such barbaric laws that don’t belong in the world we live in. Brunei’s decision is against a people who already live in the fear of being ostracised by society. In this heteronormative society that we live in, we are privileged to be able to lead a life that we want to live. What if tomorrow the law is against us for who we fall in love with or the gender that we identify/don’t identity with? That would be like going against the very grain of the biology that we are made of.

Now, imagine an entire life where we have to hide who we are, how we feel and be cautious for our safety every waking hour. Who we choose to love is a completely personal matter in which the state has no right or reason to interfere. Sexuality is just one aspect of their life. Stoning a person to death based on their sexuality makes it one of the most brutal and inhuman laws to have ever been upheld.

Need global forum
It is very unfortunate that the Kingdom of Brunei has officially implemented such a draconian law. There have been many nations, including India, where the LGBTQ+ communities were side-lined. However, with time, people, society and countries have changed their laws to accommodate the community. I believe that there should be an international forum that works towards inclusivity of LGBTQ community. For the given situation, I think the solution is that other countries should completely stop any kind of import or export of goods with the Kingdom of Brunei. I personally would never visit a country that doesn’t respect human life.

Support is key
I don’t think anyone has the right to stop anyone from loving. It’s society that has segregated us into categories which is so demeaning and savage. Despite the Supreme Court ruling, people’s mentality has not changed. Maybe they are not harassed as they were. There are also job opportunities for them. What happened to Shalu was so sad. It shows that if your family stands by you and stays strong no one can harm you.

They have right to live
When other countries are taking steps to become more progressive and inclusive, Brunei has decided to go in the opposite direction by inflicting this law upon its people. Whether you are a heterosexual, homosexual, bisexual or a transgender does not dictate how you should be treated in society. What comes first is the fact that you are a human being put on this earth by the will of God. To those who think that people who form the LGBT community are unnatural, freaks or sinners they oppose the very God they worship because that is how these people were born. Society did not indoctrinate them or convert them, which is a misconception. They have as much a right to live freely, respectfully and indulge in courtship as anyone else does without being judged or in this case bludgeoned to death by stoning. I strongly oppose this act of violence against humanity in the name of religion.