Game of Thrones season 8: Survival of the fittest ‘GoT’ characters

Burned, frozen, faced mutilation, puberty, and even death – take a look at how your favourite ‘Game of Thrones’ character has evolved. 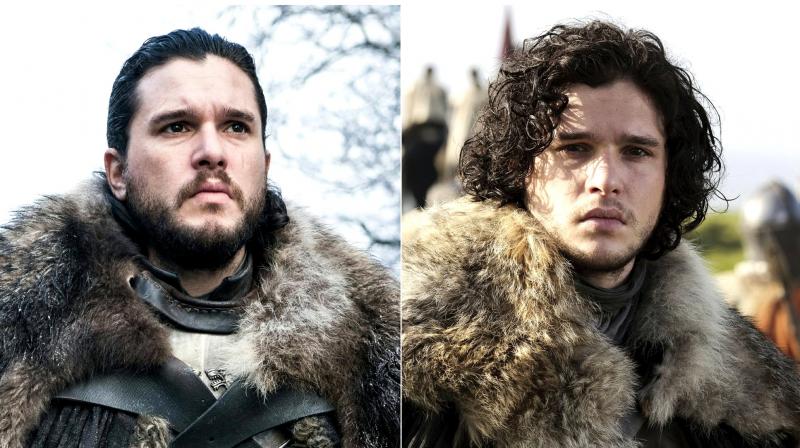 Jon Snow is about to learn a world-shaking truth about his origins as season eight begins. (Photo: AP)

Los Angeles: Living in Westeros can really change a person. Those who survived the first seven seasons of ‘Game of Thrones’ have seen their parents, children and even pets stabbed, disembowelled and beheaded. They’ve been burned and frozen. They’ve lost essential body parts. Some have been through death and back, others suffered the horrors of puberty.

Occasionally, they’ve been allowed some triumph. Here’s a look at the twisted journeys of some of the characters who’ve managed to make it from 2011′s season one to Sunday’s premiere of season eight of the HBO series:

From little princess to ruthless assassin, few have had a more transforming trip through the seven seasons of ‘Game of Thrones’ than Arya. Played by Maisie Williams, Arya was a girl of about 11 forced to do needlepoint and other acceptably girlish things while dreaming of swords, war and adventure. But one has to be careful about what they wish for in Westeros. 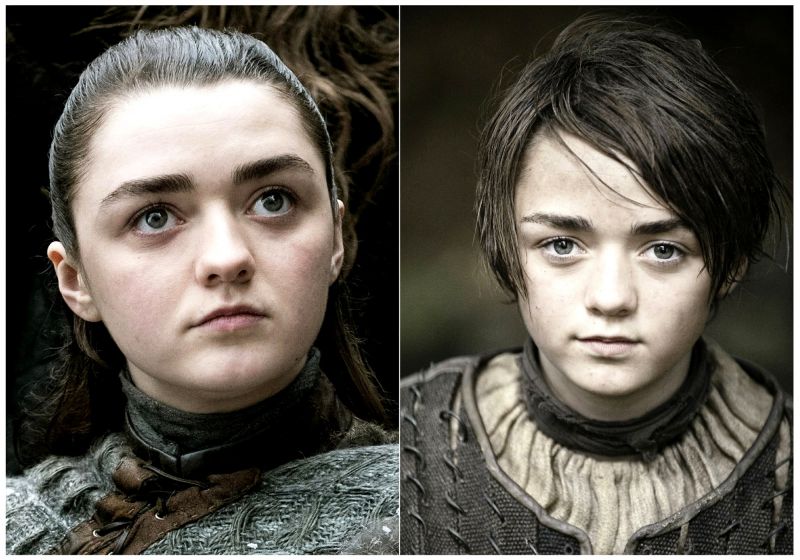 The character of Arya Stark has developed a taste for exacting revenge that it’s hard to know whether she’ll ever stop as season eight begins. (Photo: AP)

She saw her father beheaded in season one, had her brother and mother slaughtered at the Red Wedding in season three and was kidnapped and led through endless, gruelling wandering. All of it left her hardened and hungry for vengeance, with a kill list of names she recites like a prayer before bedtime.

In season five she went through dignity-draining assassin training that required her to take beatings, go blind for months and beg in the streets for subsistence. Eventually, she began living her dream of offing her family’s enemies, baking two of them in a pie and is getting such a taste for blood that as season eight starts it’s hard to know whether she’ll ever stop.

While Arya embraced death and struggle, her big sister Sansa, played by Sophie Turner, who has become a star in the ‘X-Men’ film franchise, only wanted the life of tea and tiaras she had as a young teen when the show began. Her initial innocence and optimism and subsequent persistence through humiliations and violations have made her the show’s great emotional survivor. 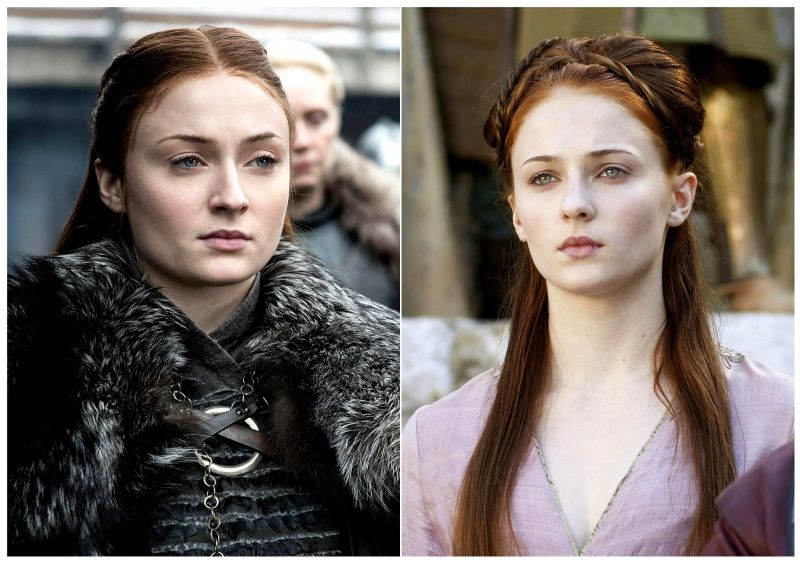 Sansa Stark as a character has evolved into a darker character, but her morals have remained intact as season eight begins. (Photo: AP)

She was delighted to be betrothed to the king’s son Prince Joffrey in season one, only to learn he was a vile monster. Her beloved pet dire wolf Lady was executed. She was forced into marriages with Tyrion Lannister then Ramsay Bolton, the most sadistic soul on a show full of them.

Ramsay raped her on her wedding night in a season five scene, which was too much even for many devoted viewers. As season eight begins she’s finally in a position of power, in charge of her reclaimed family home of Winterfell. She has matured darker but still with her moral sense intact and unlike many of the show’s other characters, has actually gained wisdom through her struggle.

“You know nothing, Jon Snow,” was a frequent refrain that became a social media meme early in the series. It’s spoken by the Wildling woman Ygritte, who takes Jon’s virginity and leaves him with some worldly wisdom. (Kit Harington, who plays Snow and Rose Leslie, who plays Ygritte, later married in real life.)

Jon Snow knows a lot more now, and is about to learn a world-shaking truth about his origins as season eight begins. A bastard brought into the noble northern Stark family and raised by a regal woman who refused to love him, he was sent to serve at the great wall that guards the north, along with delinquents and other throwaway children.

He would quickly rise to become their commander and reached out to rival clans to fight the plague of the White Walkers, a growing horde of the icy undead. Killed in a mutiny at the end of season five, he was later brought back to life by a priestess. The lords of the region join to declare him the King in the North, but he leaves to seek allies in the growing White Walker war. He found such a partner and lover and more in Daenerys Targaryen, who brings her dragons and armies to the fight.

Viewers can tell how far Daenerys has come by the sheer number of names and titles she’s amassed – ‘Daenerys Stormborn, Khaleesi, Mhysa, Mother of Dragons, The Unburnt, The Queen Across the Sea, The Princess That Was Promised,’ and just plain ‘Dany’ to friends and fans. When the show began she was treated as a piece of currency, a princess-in-exile married off to a barbarian by her calculating brother.

Now she is either worshipped, feared or revered by nearly every soul in her world. She brought dragons back from extinction, conquered kingdoms, freed thousands of slaves and is on the verge of restoring her family’s dynasty over the Seven Kingdoms of Westeros, but first must fight alongside Jon Snow and explore their possibly shared destiny. Emilia Clarke, who plays Daenerys, has had some real-life baptisms-by-fire since the show began, suffering two aneurysms and undergoing two brain surgeries. 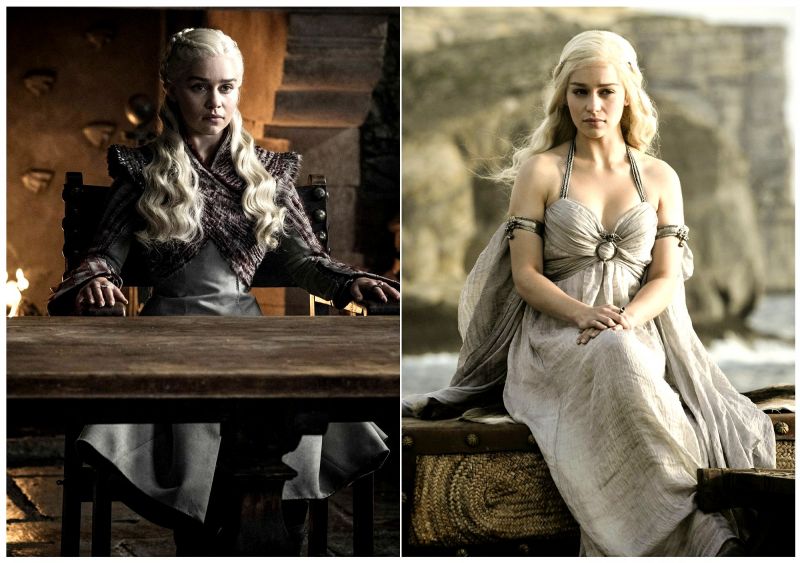 The character of Daenerys Targaryen has not only had the strongest presence throughout the series but has also faced some of the most dramatic turns of fate in the series. (Photo: AP)

Bran began the show as a boy barely big enough to use a bow and arrow and is now a seer known as the Three-eyed Raven, who contains the wisdom of millennia and a secret about Jon Snow that will redefine his family and possibly all of Westeros. His appearance underwent a change nearly as dramatic. Actor Isaac Hempstead Wright, now 19, was 11 when he shot the first season and had a pubescent growth spurt that rendered him virtually unrecognisable within a few seasons.

Leave it to ‘Game of Thrones,’ to take an incestuous, amoral, love-to-loathe-him villain and try to make him genuinely sympathetic. He begins as a legendary fighter known as the ‘Kingslayer,’ royal guard of his twin sister Queen Cersei and the secret father of her three children.

During a stint as a prisoner he has his right hand cut off and becomes a warrior unable to use a sword. His humanity, and even hints of kindness, have slowly emerged in the years since and as season eight begins, he defies his sister to join their enemy Jon Snow in the fight against the White Walkers.

Cersei was queen when season one began and is queen as season eight begins. She’s barely left the castle in King’s Landing during the show’s run, but for a naked walk of shame through the streets that became one of the show’s most memorable and most memed moments. Most of her trials have been internal. 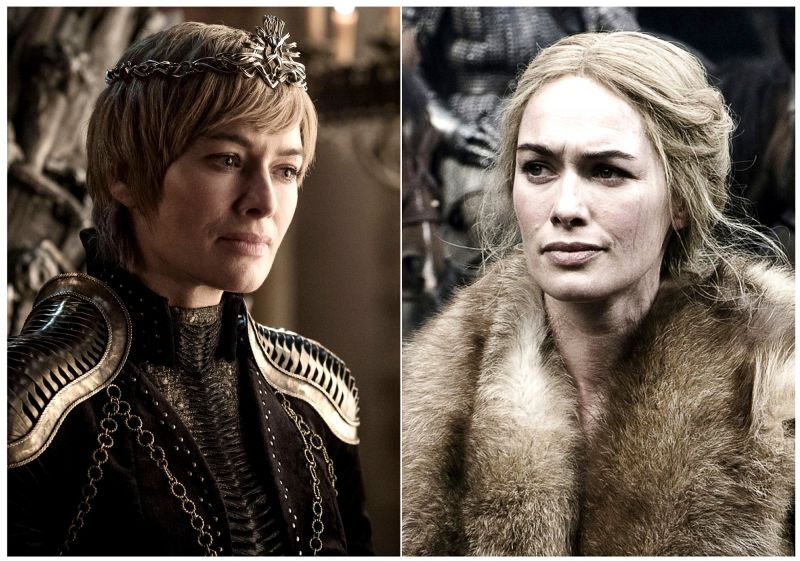 The character of Cersei Lannister is hopeful that all her potential rivals will destroy themselves in the grand war, in which she refused to participate in the upcoming season. (Photo: AP)

All three of her children have died. Her famous long-blond locks are now gone in favour of a cropped cut that evokes maturity. She has refused to change her view of the world however, staying steadfast in the ruthlessness that for most of the series has kept the throne in her control. As season eight starts she’s refused to commit her troops to the fight in the north, hoping all her potential rivals will destroy themselves while she waits it out.

Tyrion Lannister, played by Peter Dinklage, has in many ways been the face of the show since Sean Bean’s Ned Stark lost his face, along with the rest of his head, in season one. At first he was a wisecracking alcoholic who spent most of his time in brothels. 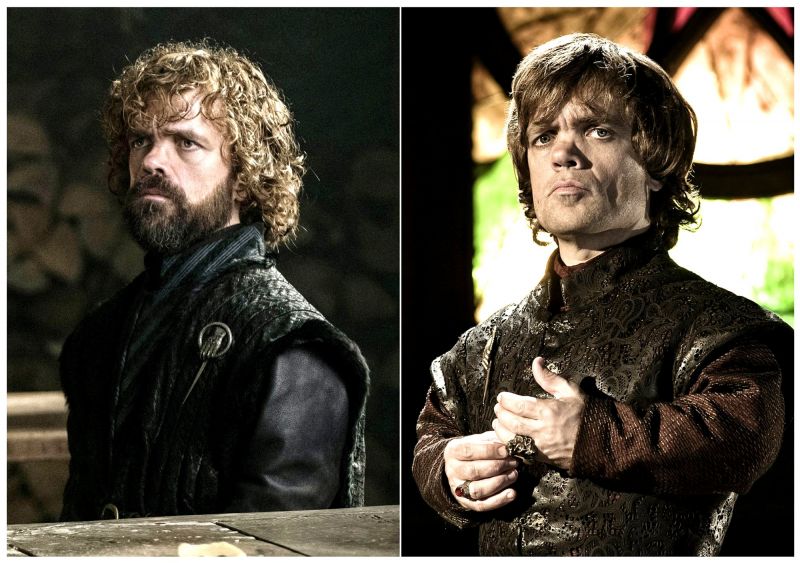 Fans await the ways in which the upcoming season with further test the loyalty of Tyrion Lannister, the wisecracking alcoholic adviser to Daenerys Targaryen. (Photo: AP)

Now, he’s a wisecracking alcoholic who advises Daenerys Targaryen, would-be queen of the realm. Through constant humiliations and rejections, Tyrion remained loyal to a family that despised him until he couldn’t bear it anymore, killing his father, fleeing into exile and finding new life with Daenerys, the biggest threat to the clan he’s renounced.

The show’s other wisecracking, prostitute-frequenting rogue when the show began, he has been brutally humiliated and humbled since. After a failed murderous attempt to conquer Winterfell, where he was raised among the Starks, Theon is held prisoner by Ramsay Bolton, who cuts off his private parts, peels off his fingernails, knocks out his teeth and dubs him 'Reek,' turning him into a sad shadow of a human. He’s a survivor who in recent seasons has regained his will to fight.