The Duke and Duchess of Sussex opt for a non- traditional royal name for their newborn. 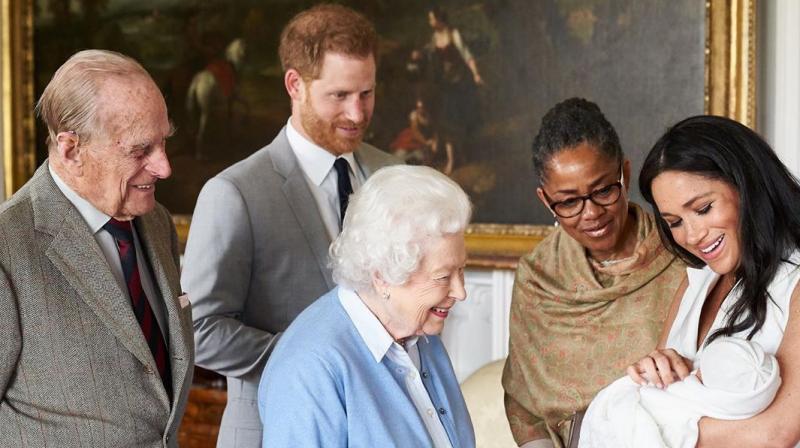 It was expected that the baby would have atleast one US-origin name to honour the mother’s birth country. (Photo: Instgram @theroyalfamily)

London: When the Duke and Duchess of Sussex announced their son’s name via their official Instagram account, it left royal watchers and fans confused, reported BBC. As the grandchild of the next Monarch, the public was expecting a more traditionally British name like Albert or James.

The name Archie Harrison has no prior royal connotations or links. Both names are totally new for the British Royal family. Albert, Alexander and Arthur were the bookmakers’ favourites leading up to the birth and post the announcement of the birth.

The name Archie, generally short for Archibald, means “genuine” or “brave”. This name has gained more popularity in UK in recent years than in the US. But the Sussexes have not confirmed if the baby’s standalone name is Archie or if it is short for Archibald. Harrison is more popular in the US than the UK and is generally used as a surname. The name literally means “son of Harry” and is probably a befitting middle name for the little one.

"It may well be it's a name that Meghan is familiar with and again that's why they are using it," said Joe Little, managing editor of Majesty royal magazine.

With the tweaks in royal traditions by Meghan Markle, it is no surprise that she chose to go a different route while naming the baby. It was expected that the baby would have atleast one US-origin name to honour the mother’s birth country.

Harry and Meghan also chose to do away with any royal titles for the baby. As a first-born son of a duke, the baby was eligible for the title of Earl of Dumbarton. The baby was never eligible to be a Prince of the United Kingdom as he Harry will never be King. But Archie maybe called a Prince should his grandfather, Prince Charles become King.

As there is no title given, the baby will use the surname of Mountbatten-Windsor, a surname used by the descendants of Queen Elizabeth II and Prince Phillip.