Family planning and the state 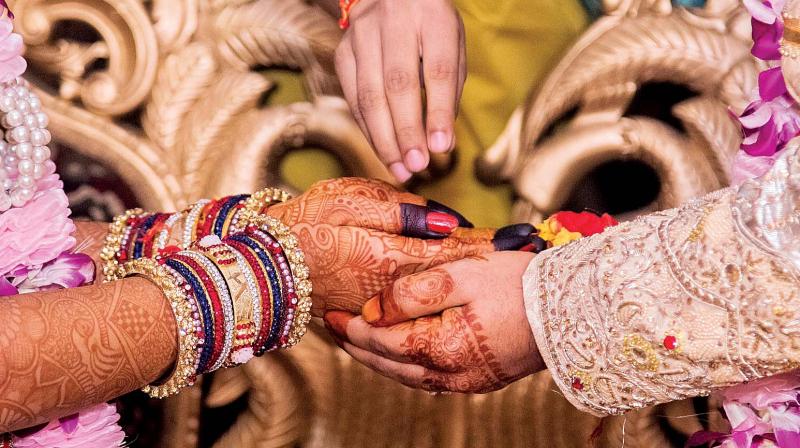 According to reports, accredited social health activists in the state will distribute kits to newly-married couples to educate them on the importance of safe sex and family planning. (Representational image)

At over 200 million people, Uttar Pradesh is the most populated state in India, and the alarmed state government has decided to improve awareness about family planning in UP. According to reports, accredited social health activists in the state will distribute kits to newly-married couples to educate them on the importance of safe sex and family planning.

The kit will contain condoms and oral contraceptives, and is part of the state’s Mission Parivar Vikas, and will be launched on World Population Day on July 11.

We ask prominent members of the society and celebrities what they feel about this move, and whether other state governments in India should take steps like these to increase awareness about family planning and birth control.

‘The life of a child should not be an excuse’
Varija Bajaj, fashion designer and social activist
I absolutely back the motto behind the importance of family planning and more so when it comes to the lower strata income families. The life of your child should not be an accidental excuse, it should be planned and worth every bit of quality living. It is a brilliant thought, I must say, but more often such planning fails when it comes to the execution part. Miserably most times, due to social inhibitions and stubborn traditional mindsets that we have been brought up with. I wish that this government succeeds in what they have set out for.

‘Population control is the biggest problem’
Lakshmi Manchu, actress
I think it is a brilliant move. In fact, with such a huge population in the state, they are actually being quite gentle by distributing kits. We need more serious initiatives and rules to control the population in the country. Nevertheless, it’s a fantastic start. Population control has become the biggest problem, and every other problem in the country comes later. Everyone wants to have more and more children, even when they cannot afford to raise them. People don’t even have food.

It’s time something was done. By creating awareness about family planning and educating them about condoms and contraceptives, people will be able to finally get past traditions and be more practical. And definitely, all other states in the country, too, should take up similar initiatives and work towards creating awareness about family planning and birth control, especially in rural areas.

‘Sex ed should be mandatory in school, and parents counselled’
Rishi Raj, celebrity stylist
I think that it’s a great move; better late than never. This move takes care of the married couples only. It would be great if sex education is not only made mandatory at school, but special counselling is also provided to parents so that they can help spread awareness among the kids so the issues are taken care of at the root level. There are a lot of teenage pregnancies in this country that are not talked about. So the kits are great as a first step. Now, I hope they look at nipping the bud by making sure all kids grow up with a healthy, informed perspective towards sex.

‘The focus should be very clear’
Adv. Minimols V.K, Chairperson, Standing Committee for Health, Cochin Corporation
The focus should be very clear, and the volunteers and government officials should take extreme care that the steps taken serve their purpose. Considering the areas where the quality of education is also poor, the most important part is awareness, because people can misinterpret the aim behind the step, thinking that the government is making it a rule to regulate the number of children a couple wants, which can never be done.

‘Innovative and interesting move’
Dr Sanjeev Nelogi, Expert Consultant, Facial Aesthetics
I think, it is an innovative and interesting move in UP, since people hesitate to talk about sex freely, due to conservative Indian tradition, in India. This is an excellent move in safe sex and family planning education. I hope, other states also will follow the UP method soon.

‘A need to educate about diseases, contraceptives’
Dr Deepa Ganesh, Cosmetic Gynaecologist
The kits being provided in UP for educating newly-married couples about safe sex is a very good initiative. Other states can follow this too. There is a need to educate them about diseases, contraceptives and the importance of population control. With the rise of non-consummated marriages and early pregnancy on the rise, the need for sex education is high. It should be taught right from school.