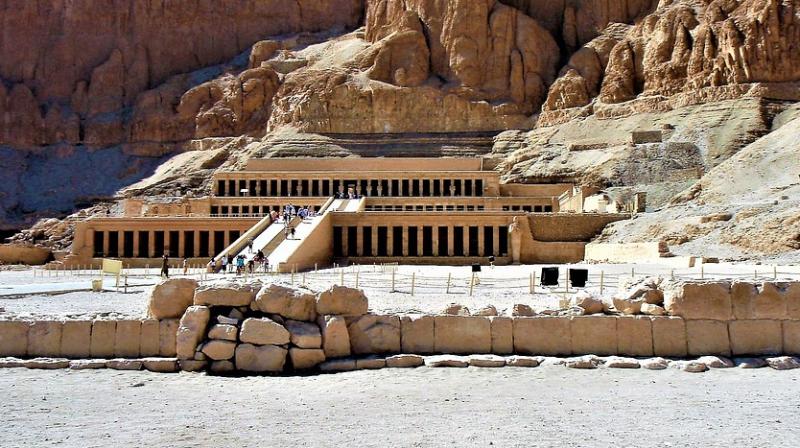 Tiberias, Israel: Researchers may have found the home town of Peter and two other apostles of Jesus near the Sea of Galilee in northern Israel, an archaeologist said Monday.

Israeli and American archaeologists have likely uncovered the lost Roman city of Julias near the banks of the lake, also known as Lake Tiberias, Mordechai Aviam of Kinneret Institute for Galilean Archeaology said. First century Roman historian Flavius Josephus wrote that Julias was built around 30 AD on the ruins of Bethsaid, a fishing village where Peter was born according to the Gospel of John.

Christians recognise Saint Peter, originally a fisherman, as one of the first followers of Jesus and the leader of the early Church following the ascension. The Catholic church also venerates him as its first pope.Two other apostles -- Philip and Peter's brother  Andrew -- are also believed to have been born or lived in Bethsaida.

Archaeologists have long sought to locate Julias, focusing their search on three different sites. Aviam told AFP that one of the sites, the only one so far excavated, was believed to be the correct site.

"We have uncovered fragments of pottery, coins, and the remains of a public bath, which tends to prove that it was not a small village, but a town which may correspond to Julias," he said. "Based on these findings, we believe this site is likely to be located at the site of Bethsaida."

The site, not far from the Jordan River, is a few hundred meters from Lake Tiberias. Water levels would have been far higher during the first century.

Work is also being carried out on another site a few kilometres away, Aviam added.  He said he hoped further excavations would reveal evidence from pre-Roman times, including ancient Jewish remains, which could help verify whether the site is Bethsaida. The site will not immediately be opened to the public, he said.