Dinosaurs loved perfumes way before you did

Flower-based compounds have been providing olfactory excitement to pollinating insects and other animals since the mid-Cretaceous Period. 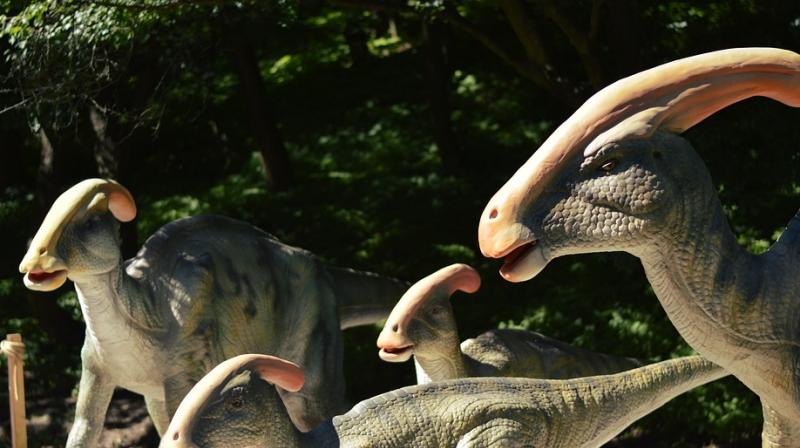 Washington: The compounds behind the pleasant fragrance of the perfumes and colognes have been prompting olfactory sensors since the age of dinosaurs, a new research reveals.

According to the research performed at Oregon State University by George Poinar Jr. and his son, the floral fragrances originated as pollinator attractants in ancient flowers that date back to 100 million years ago, precisely the time when dinosaurs walked on Earth.

The research shows that the flower-based compounds, being used for perfumes and colognes in the present time, have been providing olfactory excitement to pollinating insects and other animals since the mid-Cretaceous Period.

In the absebce of colorful petals, flowers from that period relied only on scents to attract pollinators. The floral tissues producing these scents include nectaries, glandular trichomes, eliaphores and osmophores.

"You can't detect scents or analyze the chemical components of fossil flowers, but you can find the tissues responsible for the scents," said Poinar.

The study also found some tissues of certain type of flowers to be similar in structure to those of their modern progeny, which suggests that a similar essensce is produced by modern and ancient flowers of the same lineages.