PETA had a strong reaction to the photos. 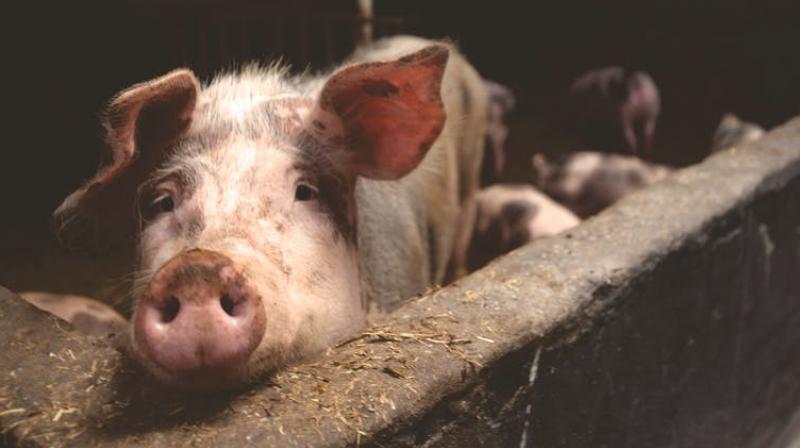 Disturbing video and pictures of unnaturally large animals posted on Facebook has shocked many.

A Cambodian farm, outraged people after video on its page Duroc Cambodia, showed the pigs appearing to walk with great difficulty, The Sun reported.

In a blog post, PETA claimed the pigs have been genetically altered and dubbed them "mutant pigs".

"Mutant pigs bred to grow to an enormous size just to be slaughtered and eaten? ... this is the very real horror that seems to be unfolding on a Cambodian farm, where genetically altered pigs are being bred to develop heaping knots of muscle mass," PETA's post reads.

The pictures have been shared 3,716 times and over 5,000 people have commented. People online also had strong reactions to the footage. "This is grotesque! Obviously bred like this. Are there no laws to stop this sort of thing. Ugh!" Janice Short commented on Facebook. Ric Tucker said: "What are you trying to show here? How much meat you can produce, or how badly these animals are treated? Whoever is looking after these should be locked up for EVER!"

However the farmer, thought to be from Banteay Meanchey province is said to be proud of his stock, according to the report.

The high cost of pork by weight is a contributing factor in the desire to increase the animal's muscle. The demand for pork has soared over the years, especially in China.