An end to exploitation

With a rise in human trafficking cases, a Hyderabad-based NGO attempts to highlight the issue with a short film that uses VR technology. 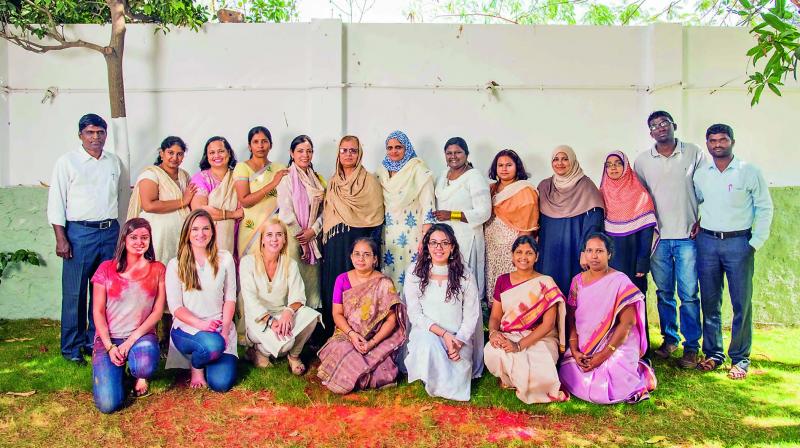 The film fighters: The crew of the film Notes to My Father. Hannah Norling and Elca Grobler.

Incidents of human trafficking in India are on a rise. Every 10 minutes, one girl in the country is forced into trafficking and the average age of the victims is only 12.

Addressing the pressing need to educate the world about the horrors of trafficking, Hyderabad-based NGO My Choices Foundation has made a documentary film, Notes to My Father — the world’s first virtual reality (VR) on sex trafficking. It’s about a young country girl who is married off by her father, then trafficked into a brothel.

About the film, Hannah Norling, Head of Marketing and Communication of the foundation, says, “We run projects at many places to prevent human trafficking and domestic violence. We councel many families and domestic violence victims. The idea of the movie came from our projects as we wanted to show the story of a survivor.”

The film tells the story of a real life trafficking survivor, who was married off at 13 by her father, who hoped to give her a better life. However, her husband became abusive and the vulnerable girl was befriended, drugged and abducted by traffickers. The 11-minute documentary gives a 360-degree view life in her village as she recounts her journey from abduction to escaping, that takes place between Andhra Pradesh and Maharashtra. 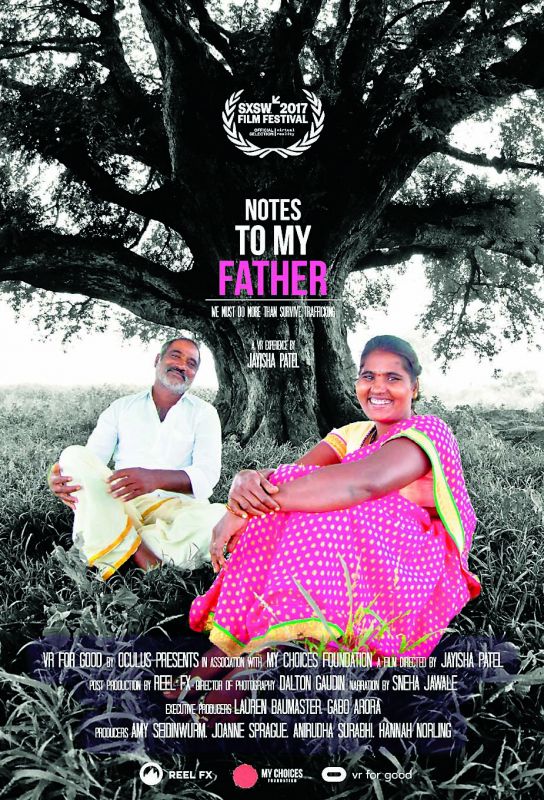 Poster of the virtual reality documentary film on human trafficking.

“Although India has a huge human trafficking network, not much is done to prevent it. While the cities where the girls are trafficked to is known, the sources are not. Girls are trafficked from one state to another. So, if you send a girl from south India to the northern states, the girl might not understand the language and won’t even be able to ask for help,” says Elca Grobler, the founder of My Choices Foundation.

Explaining the challenges they faced while making the film, Hannah adds, “Only one per cent of the trafficking victims are rescued and even lesser go back to their homes. We were looking for a father-daughter duo who could speak about the experience with us, together. We met many survivors, but neither the daughters nor the fathers were ready to speak about it in front of each other. After interviewing many victims, we finally found this duo, who readily agreed to share their story.”

The NGO partnered with the charitable arm of a US virtual reality tech firm, Oculus, to make the film. It will premiere at the South By Southwest (SXSW) Festival between March 14 to 16, in Texas, after which it will make its way to India in May 2017.